Beneath the Helmet: What Neuroscience teaches us about compassion and safety 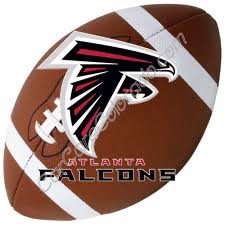 Why would a loving and joyful father and husband suddenly manifest violent behavior culminating in a fatal self-inflicted gunshot to the head at age 38?  Recent neurological research has confirmed that former Atlanta Falcon’s lineman Shane Dronett’s uncharacteristic behavior and eventual suicide were linked to brain damage connected with multiple blows sustained during his career on the gridiron.  Shane’s tragic story illustrates the need for increased compassion for those suffering neurological disorders and invites all of those involved in collision sports to research and implement the best means for ensuring the safety of its players without sacrificing competitive intensity.

Compassion for those with neurological conditions

As a lineman for the Denver Broncos and Atlanta Falcons, Dronett consistently thrilled fans with his intense play during his decade-long professional career.  For Dronett, hard blows were a daily part of his job.  Although he was aggressive in pursuing quarterbacks and running backs, his family and friends knew him as a gentle man willing to spend quality time with his daughters both at home and as a volunteer in their school.  When, following his retirement from the NFL, he suddenly punched a restaurant employee in his daughter’s presence; those closest to Shane were shocked. The confusion continued when Shane began waking his wife with shouts of paranoia over supposed threats to the house.  After three years of this uncharacteristic behavior, the 38 year old ended his own life before his helpless wife.

For the casual reader, Shane’s final days might appear to be the fruit of a fundamentally violent character.  Commentaries on the Dronett tragedy have too often neglected the underlying cause for his unexpected behavior.  A cursory examination of the facts, however, reveals that his final actions are in no way indicative of a loving father and devoted spouse who radiated joy. 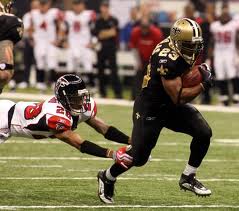 Two years after his seemingly inexplicable suicide, tests of Dronett’s brain tissue at the Boston University School of Medicine’s Center for the Study of Traumatic Encephalopathy have demonstrated that Shane died with Chronic Traumatic Encephalopathy (CTE).  CTE results from the accumulation of an abnormal protein in the brain called tau.  Tau typically accumulates with repeated head traumas — concussions or subconcussive hits — that are unable to heal properly. CTE can diminish brain tissue and is known to cause memory loss, depression, impulsive behavior and rage.

While CTE is usually found in older dementia patients, a frightening percent of victims have participated in professional football. Chris Nowinski, co-director of the Traumatic Encephalopathy Center, has reported evidence of CTE in the brains of 13 of 14 former NFL players.

Neurological study has revealed that although Shane’s behavior changed, Shane did not choose to change his behavior.  The traditional ethical distinction between a behavior and a human act is key to properly assessing victims of neurological diseases with due compassion.  A behavior consists in the externally observable activity, whereas a human act consists of externally observable activity that results from the individual’s free act of the will.  Ethical wisdom has long recognized that moral culpability can only be ascribed to actions that arise from a man’s free volition, the exact freedom Shane and others like him seem to have lost through neurological damage.

Although Shane’s condition caused him to behave differently than he typically had, Shane did not consciously decide to alter his actions or to commit perplexing deeds. The aggressive and mistrustful behavior Shane’s family members recognized as uncharacteristic – such as punching the cashier, believing that he was being followed and hunted down, waking up startled in the middle of the night, having outbursts of rage, and finally committing suicide – do not accurately reflect Shane’s moral worth. Only those actions Shane performed before his brain disease, such as caring for his wife and providing quality education for his daughters, can be said to reflect his true character.

The findings of Boston University Medical School may not be able to bring back a husband and a father, but they do provide the Dronett family with some explanation for their beloved’s disturbing behavior.  They can rest assured that Shane was not truly in control of himself when caught in fits of rage and paranoia.  The latest research confirms that Shane Dronett was a victim of a neurological condition.  Further, Shane’s legacy can live on as a cautionary tale to prevent future NFL stars from neglecting the possibility of contracting disorders after hanging up their helmets.

NFL linemen like Dronett typically suffer over one thousand subconcussive hits each season of play.  While subconcussive blows might not cause manifest concussion symptoms such as dizziness, short-term memory loss and confusion, they can still contribute to lasting brain damage.  Referees regulate play during games, but they do not throw flags on helmet to helmet hits during physical practices in which players are vying for positions.  Indeed, hits during practice may constitute a greater number than hits during games, considering that regular season games only occur 16 times a year, whereas practices are practically daily.

James Giordano, Ph.D., Director of the Potomac Institute’s Center for Neurotechnology Studies notes that while there may be prudence in protective head gear and changes in the rules of contact sports, proponents of change could expect to face opposition to any rules that would cause dramatic social effects in these activities.

“This is not to sound an alarm, but to focus the lense…who is at risk, why are they at risk, and how can we intervene?” says Giordano.

Chris Dronett, Shane’s wife, finds some consolation knowing that a brain disease could explain her husband’s dark metamorphosis.  “I had nowhere to turn. I didn’t know anything about (CTE). I didn’t know other players were going through this type of stuff,” Chris told CNN. “I think if Shane knew at the time how serious (playing through concussion) could be down the road, he would have backed off.”

Already, the NFL has introduced rule changes to increase safety.  For instance, any player who manifests signs of concussion is prevented from immediately reentering the game.  Once pulled from the game due to displaying signs of a concussion, a player must be cleared by the team doctor and an independent neurosurgery or neurology consultant before returning to the field.  The league is thus attempting to eliminate the unhealthy culture that insists on playing through potentially life-treating collisions.

While Chris finds recent NFL rules changes encouraging, she is distraught with reports of player opposition to the new norms.

“I know a lot of the players are against that, but they’re young and they haven’t seen what I’ve seen,” said Chris.

Addressing players, Chris added, “I would tell them what I went through, what Shane went through and what other people I know have gone through and then let them make that decision. Because I feel like they’re making their statements without being educated.”

“CTE is a progressive degenerative disorder that can only be diagnosed post mortem through studying brain tissue under a microscope: neuroimaging studies or other tests in a living athlete seem to be unable to detect it early. Furthermore, there is no therapy available once the diagnosis is made,” states Adriana Gini, MD, Neuroradiologist in the Division of the Neuroscience Department at the San Camillo-Forlanini Medical Centre in Rome, Italy.

“Prudence and wisdom would require at least that all the figures involved such as athletes, coaches, parents, etc. be educated as to the signs and symptoms of concussion as well as the appropriate response,” adds Gini.

Advances in neurological research have thus increased our society’s moral responsibility to ensure the safety of those athletes who suffer significant risks to entertain others.  It is incumbent that all members of the sports community participate in measures to prevent CTE before it robs other stars of their self-control or even their life.

Shane Dronett’s tragic story manifests the need for a wider audience that understands the importance of neuroscientific research.  Such studies enabled the Dronett family to find some explanation for their loved one’s uncharacteristic behavior and helped to quiet uninformed onlookers quick to judge Shane.  Neuroscientific research is thus able to encourage due compassion in society by identifying the conditions that mitigate or remove an individual’s moral culpability.  Retired players and their families can also find in Shane’s transformation numerous signs to diagnosis the onset of brain disease before it is able to rob its victim of his life.  Moreover, neuroscientific research has prompted a greater awareness among the sports industry of the dangers of multiple head injuries and the need to protect players.

For the past year and a half, the UNESCO Chair of Bioethics and Human Rights has been gathering psychiatrists, neurologists, neuroscientists, psychologists, doctors, lawyers, philosophers, theologians, and other experts to discuss the ethical dimensions of technological advances.  James Giordano, Ph.D. and Adriana Gini, MD, both quoted in this article, are but two of the many scholars involved in the chair’s efforts of bringing together moral wisdom and contemporary neuroscience to produce a more just and humane civilization.