Prof. Alberto García is Doctor in Law from Complutense University in Madrid. Presently, he is Professor of Philosophy of Law and International Law at the School of Bioethics of Athenaeum Pontificium Regina Apostolorum in Rome. Furthermore he is a researcher of the Human Rights Institute at Complutense University. For 5 years he has been member of the Steering Committee of Bioethics in the Council of Europe and in 2005 he has been honoured with the National Prize of the Spanish Royal Academy of Doctors in the field of legal and social sciences.  See Curriculum Vitae EnglishGlobal Ethics Observatory database

Alberto Carrara, LC, PhD in Medical Biotechnology Faculty of Medicine of the University of Padua (Italy)

Fellows are scholars involved in a specific area of interest of the UNESCO Chair.  Their task entail the education and training, academic research, and diffusion of knowledge though coordination different activities that will further the goals of the UNESCO Chair in Bioethics and Human Rights. 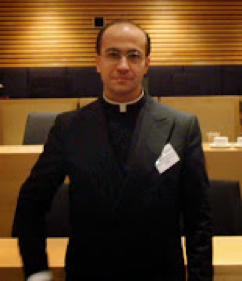 Fr. Alberto Carrara, LC, is Assistant Professor of Anthropology at the Regina Apostolorum University. In 1999, he received the title as a laboratory technician for the European Institute Pietro Scalcerle of Padua, and in 2004 he was proclaimed Doctor in Medical Biotechnology for the Faculty of Medicine of the University of Padua (Italy), Department of Microbiology, Virology and Medical Biotechnology. In 2011, he received the Licence in Philosophy for the Faculty of Philosophy of the Regina Apostolorum Athenaeum, and in 2013 the Bachelor Degree in Theology for the same academic Institution. Now he is PhD candidate in Philosophy. He has been a a member of the Italian Neurobioethics Group since 2009. Since 2011, he has directed the blog site, the N&N (Neuroethics & Neuroscience blog site).  e-mail: acarrara@unescobiochair.org 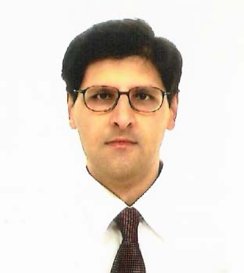 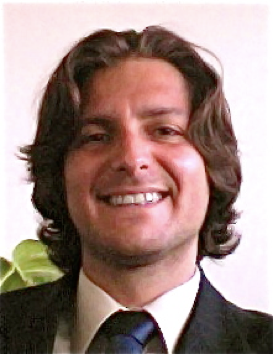 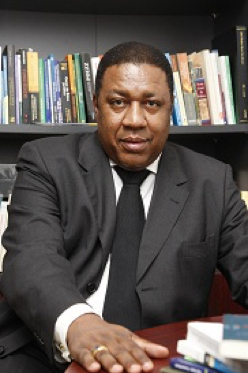 Prof. José Octávio Serra Van-Dúnem is Doctor in Sociology from the University Research Institute of Rio de Janeiro, Cândido Mendes University (Brazil) and Degree in Philosophy, at the Humanities College of the Universidade Católica Portuguesa, in Lisbon (Portugal); graduate degree in Higher Business Studies at Universidade Católica Portuguesa, (Lisbon, Portugal) and in Prévision et Prospective Démografique by the Institut de Demographie of the Université Catholique de Louvain (Belgium). From 2005 to 2009, Dean of the Faculty of Law at the Agostinho Neto University, Luanda (Angola). Currently he serves as Director of CEJES “Centro de Estudios de Ciéncias Jurídico-Económicas e Sociais” at ANU. Seecurriculum in English and Portuguese. 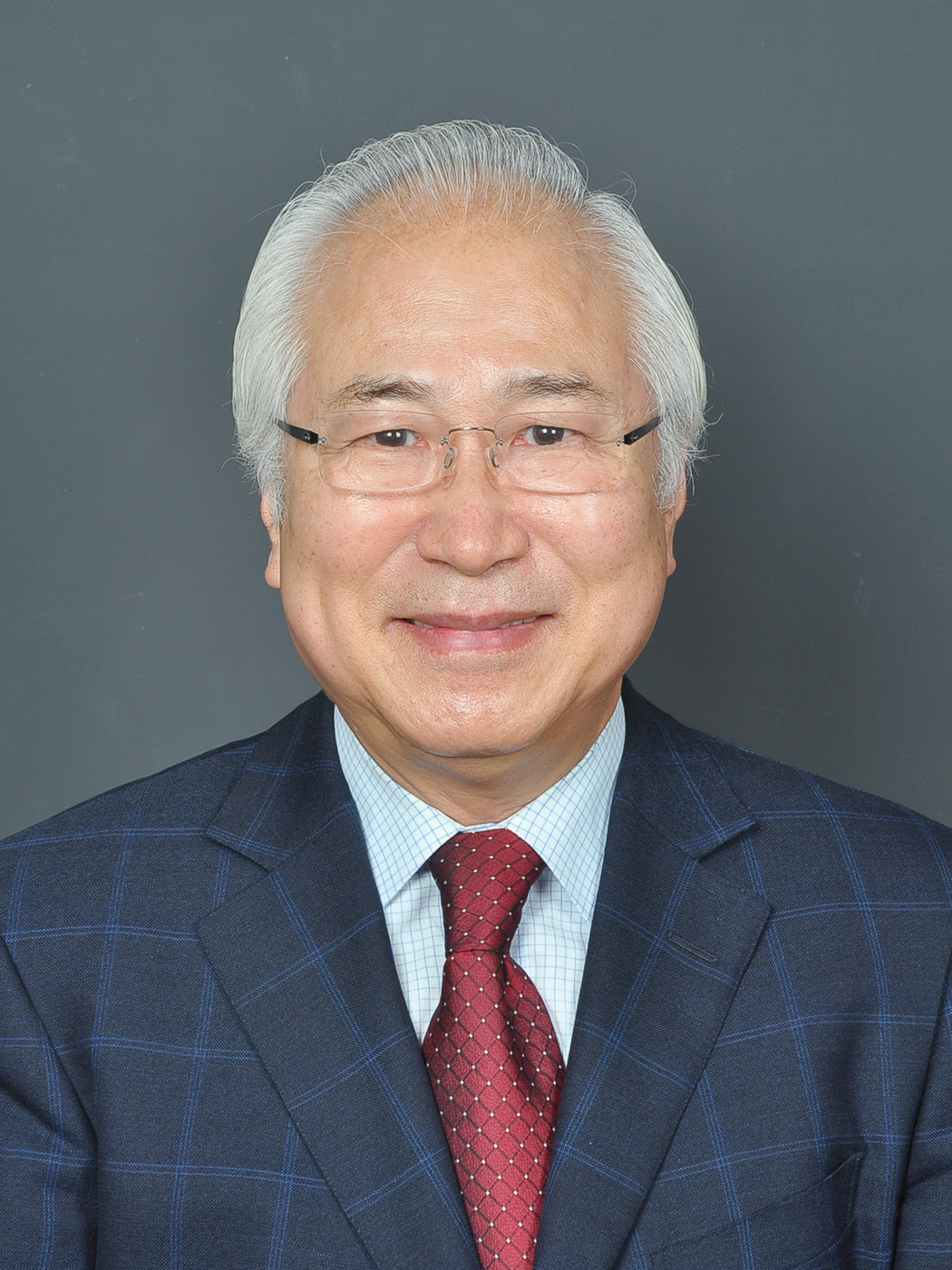 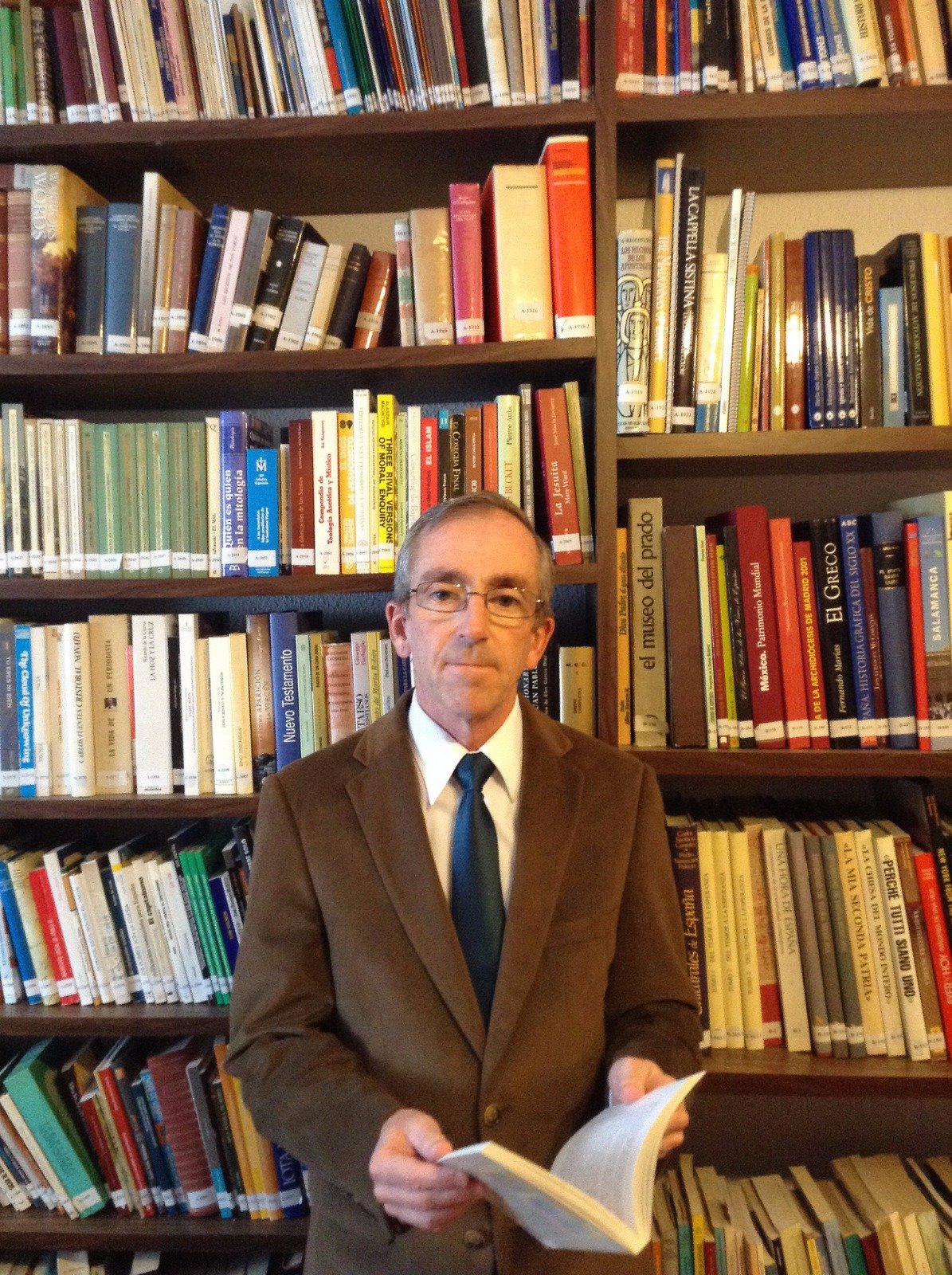 Born in Madrid, Spain, Fernando Lorenzo is a medical doctor who graduated from the Universidad Complutense de Madrid. He has worked in the field of education of young people and in the field of of communication in Mexico, where he has also served as Vicerector of Academic Affairs at the Anahuac University Merida. He holds a degree in philosophy from the Pontifical Gregorian University in Rome. He is candidate to hold a Master in Bioethics at Regina Apostolorum University and at the Universidad Rey Juan Carlos de Madrid. 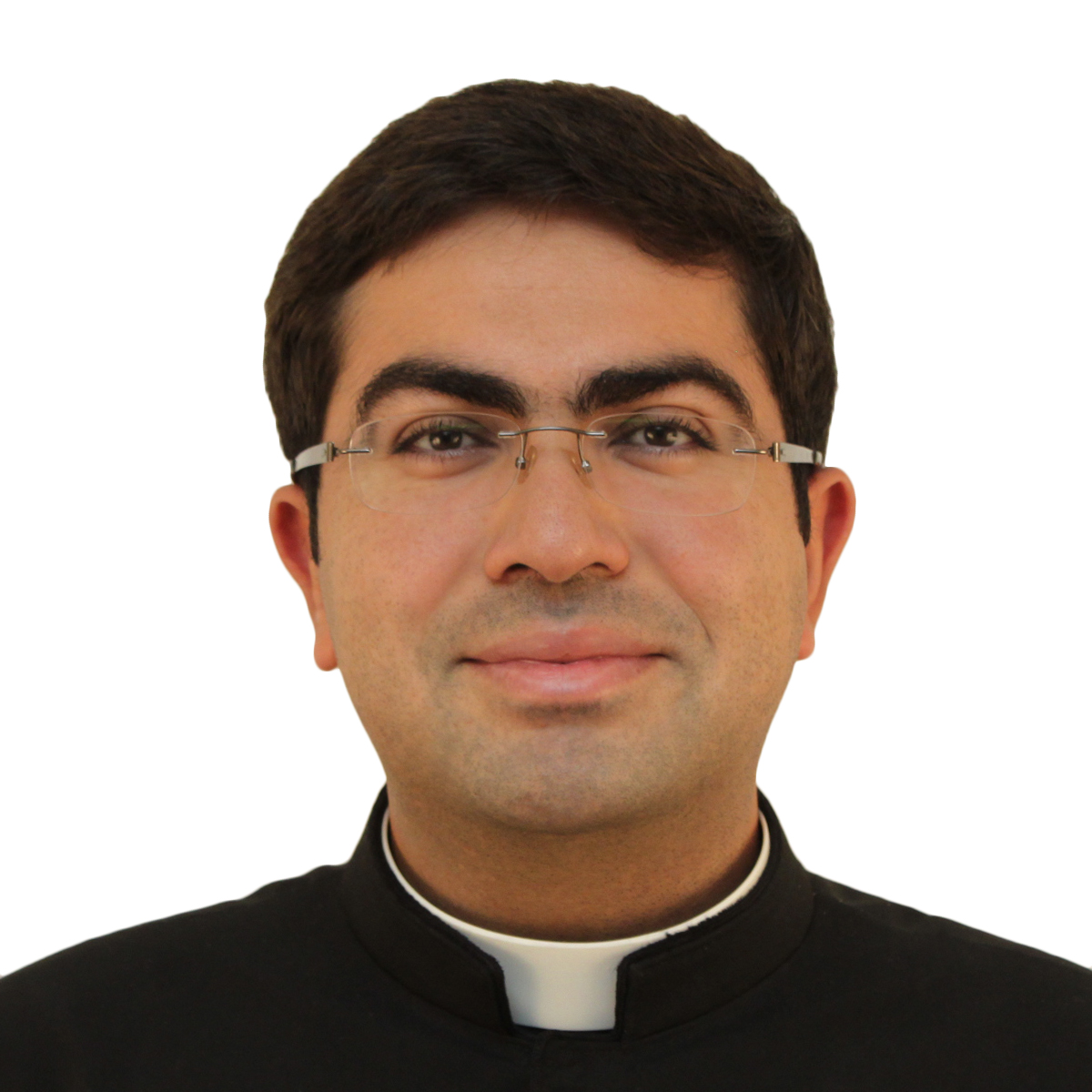 Fr. Sameer Advani, LC is Assistant Professor of Phenomenology and Philosophy of Religion in the Faculty of Philosophy at the Pontifical Athenaeum Regina Apostolorum. He was the gold medal winner for his Licentiate degrees in Philosophy (2009) and Theology (2017) from the same institution and is currently completing his doctoral work in Sacred Theology with a thesis on the theological foundations of religious plurality in J. Ratzinger in collaboration with the Vatican’s Ratzinger Foundation. He is also director of the ‘Christianity and Culture Course’ at Regina Apostolorum, and collaborates with the Vatican’s Pontifical Council for Culture. 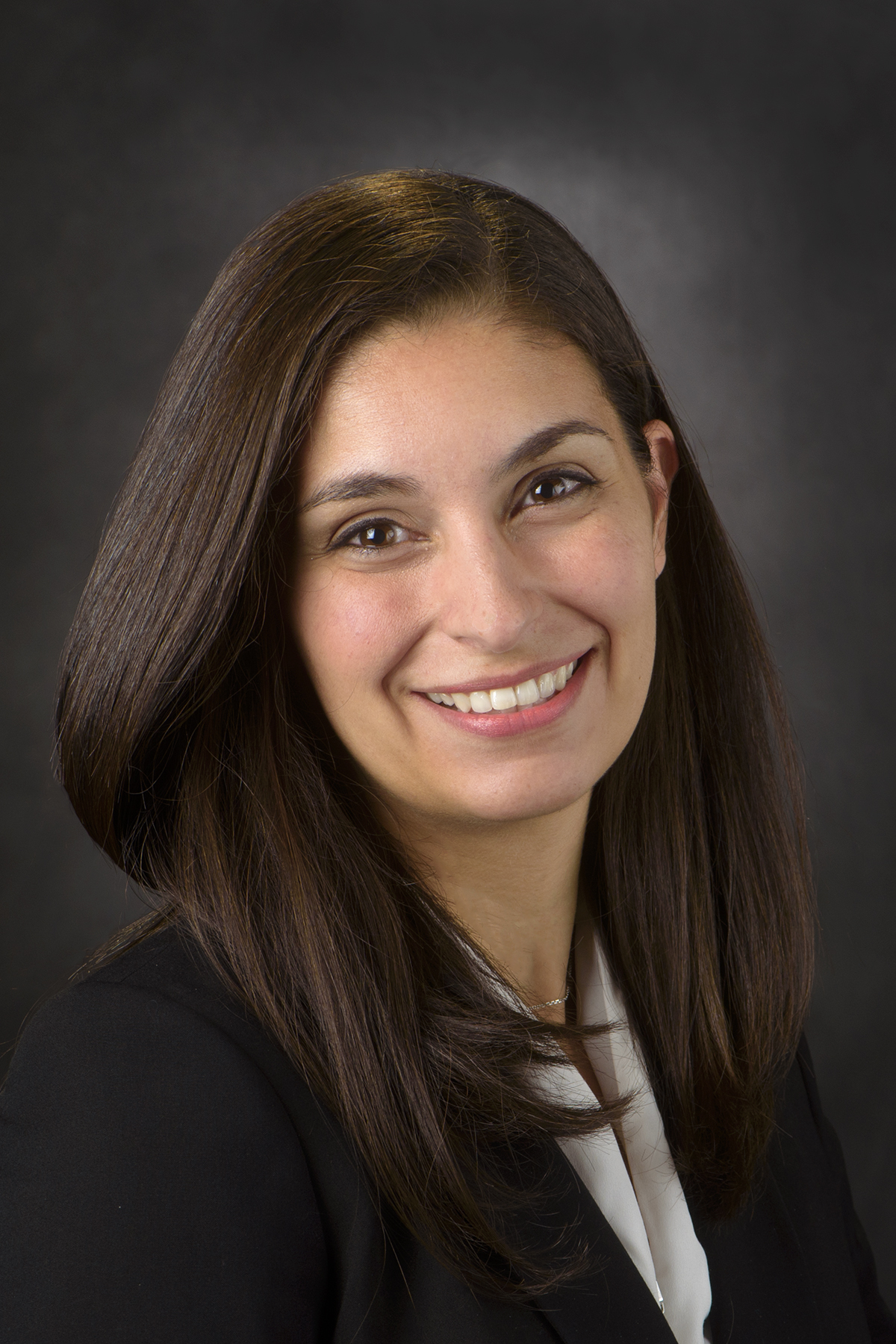 Claudia Ruiz Sotomayor Born in Mexico City, Claudia holds an M.D from Universidad Autonoma de Chihuahua, in Chihuahua, Mexico. She also graduated with a Master’s degree in Bioethics from Anahuac University in Mexico City, and she graduated with a Doctorate in Bioethics from Loyola University in Chicago Il, USA. Currently, she is a Fellow in Clinical Bioethics at MD Anderson Cancer Center in Houston Tx. , USA.  Her areas of interest are  multiculturlism, Bioethics and social justice, immigration, clinical ethics. Email: csotomayor@unescobiochair.org 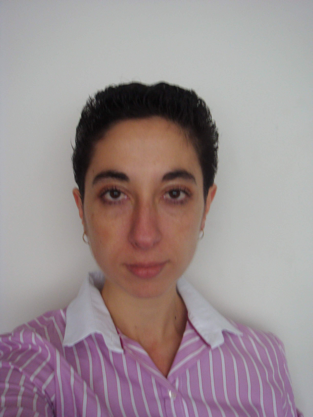 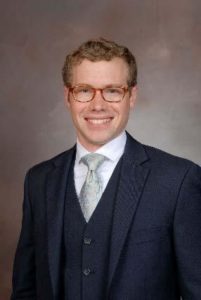 Dominique Monlezun serves as Director of Global Systems Research for UNESCO’s Chair in Bioethics and Human Rights (Rome, Italy), Chief Executive Officer for Global System Analytics & Structures (Rome, Italy), and Director of Research and Development for The Goldring Center for Culinary Medicine (New Orleans, USA). A close family member’s diagnosis of a near fatal disease, worsened by a weak health system, radically redirected his passion for genetic engineering and predictive analytics. He now uses predictive analytics and system strategies to reduce social inequities and empower his collaborators and clients on 5 continents to optimize their health, business, and non-profit organizations. His research in biomedical informatics at Harvard Medical School/Massachusetts General Hospital and bioengineering at Brigham & Women’s Hospital guided his larger research focus in his first PhD on Global Health System Informatics, and his second PhD in Global Bioethics & International Law. Dominique is an Ironman 70.3 triathlete and former collegiate rower coached by an Olympic silver medalist. He dedicated his first volume of poetry on poverty and beauty in healthcare, Neuroanatomy of a Lily, to his wife. 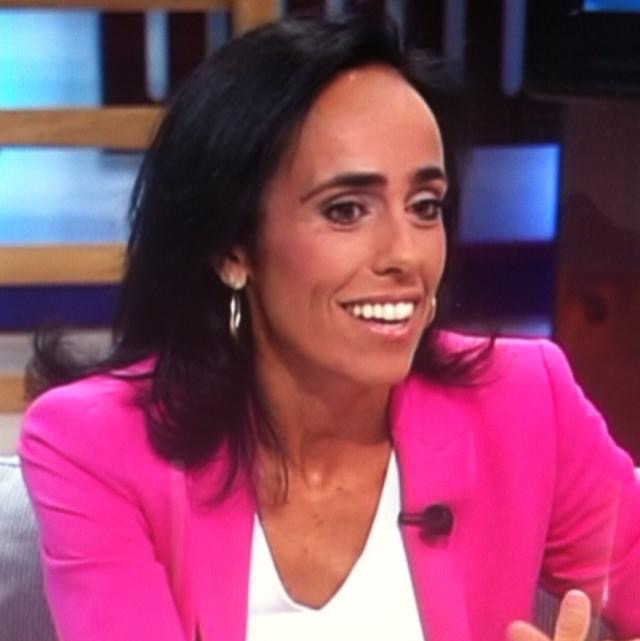 She was an Academic Visitor at the University of Oxford in 2006 and 2012. She serves as a member of the Scientific Committee at the Universidad del Sacro Cuore in Milan. She has also served on the Board of Directors of the Asociación Española de Bioética y Ética Médica since 2003. She is part of the Editorial Committee for the magazines “Cuadernos de Bioética”, “Bioética y Persona,” and “Thémata.” She served as Vicerector of Research at the Universidad CEU San Pablo de Madrid 2009-2011. She has also been a member of the Pontifical Academy of Life since 2005. Her current research focuses on Transhumanism. 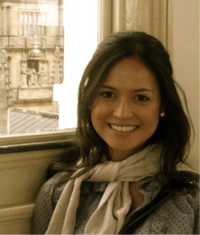 Through her work at GSL, she aims to develop the field of Global Health Ethics, and to help law students understand why there are practical reasons to care about global health ethics considerations (and about ethical considerations in general). Dr de Campos has complemented her scholarship with a commitment to public service. She is the co-founder of Academics Stand Against Poverty (ASAP) in Brazil, together with the Brazilian Ministry of Public Affairs. Her motivation in founding ASAP was to equip policy and lawmakers with the philosophical tools necessary to discern what is reasonable and unreasonable in certain laws, particularly health laws. (taken from http://globalstrategylab.org/people/thana-de-campos)

Degree in law from the University of the Valley of Puebla, Master and Doctor of law by the Institute of Juridical Sciences of Puebla (ICJP), course the speciality in human rights by the Complutense University of Madrid, Spain, and the doctorate in bioethics and Biolegal (Chair of UNESCO Madrid, Spain). Work experience: Currently collaborating with Fundación Aguirre, Azuela, Chávez, Jáuregui Pro Derechos Humanos A.C., deputy director General for public policies at the under-Secretariat for Human Rights of the Ministry of the Interior SEGOB 2014-2015, director of human rights and normative research in health in the federal Secretariat of Health 2011-2014, advisor to the General Coordinator of Legal Affairs and Human Rights of the Federal Secretariat of Health 2007-2011, legal adviser in the Inter-Secretariat Commission of Biosecurity 2006-2007, Federal Public Ministry 2005-2007 among others, over 25 years of experience in the federal public Administration. Academic experience: professor and lecturer at various universities in Mexico (UNAM, ANAHUAC, PANAMERICANA, CISAV, DURANGO SANTANDER, ICJP, UPAEP, PONTIFICIA, La SALLE) on human rights, bioethics and biolegal. It has 5 books, several co-authors and articles. Member of the group of Axiology of Madrid, Spain (2008), of the National Mexican Academy of Bioethics (2007), of the network of human rights in the Knowledge Economy (2015). 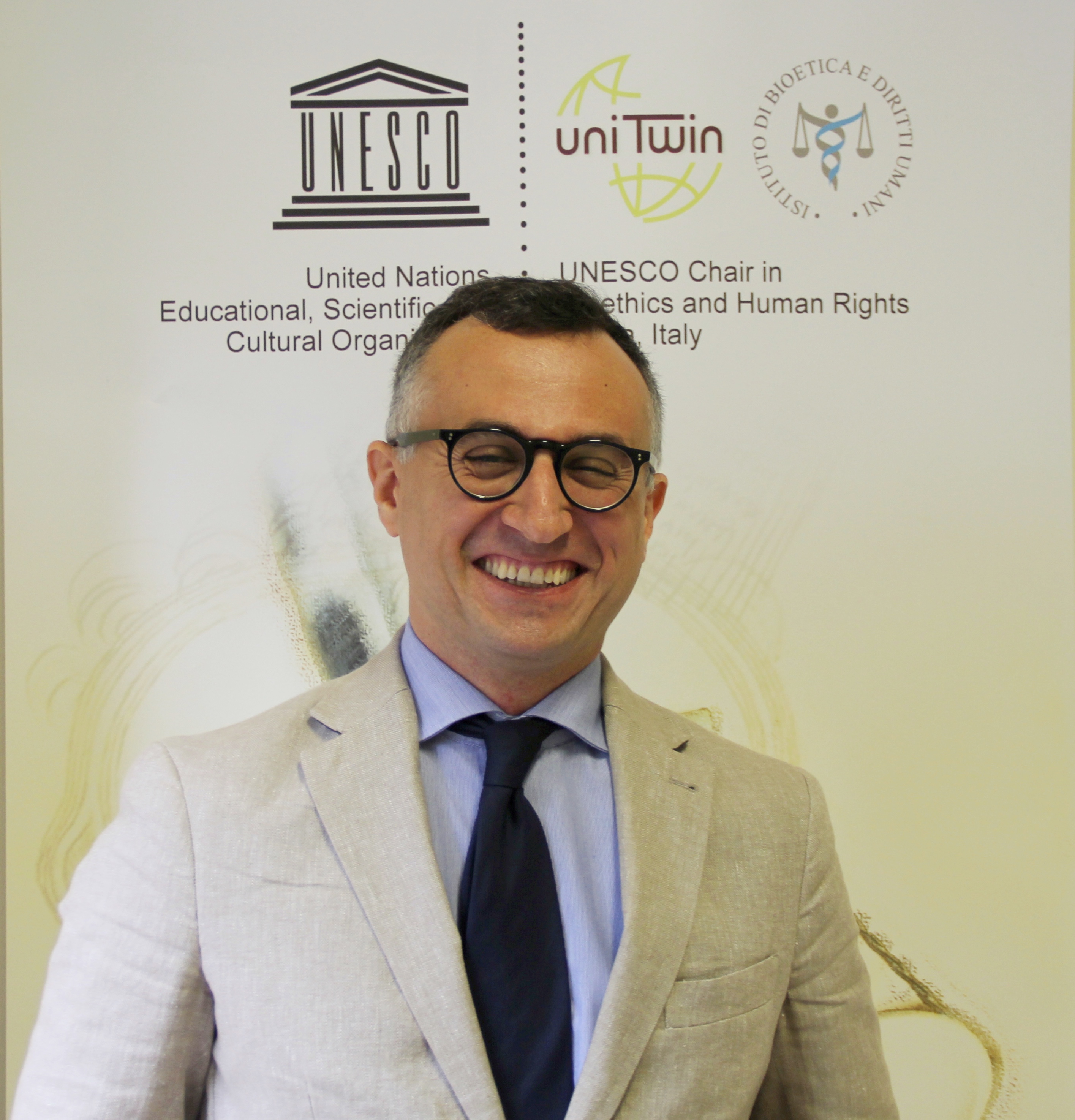 Mirko D. Garasic is a Visiting Professor in Neuroethics at IMT School for Advanced Studies, Lucca. He holds a Ph.D. in Political Theory from LUISS University, Rome -where he is an Adjunct Professor in Bioethics. Previously, he was a Postdoctoral Fellow at the Edmond J. Safra Center for Ethics at Tel Aviv University, the Hebrew University of Jerusalem and Monash University. He participated in numerous international conferences and he has received various awards and grants. Among other venues, his work has been published in the American Journal of Bioethics, BMC Medical Ethics, Medicine, Health Care, and Philosophy, Topoi and The Hastings Center Report. His first book has been recently discussed by international scholars in the prestigious Journal of Medical Ethics. https://www.researchgate.net/profile/Mirko_Garasic 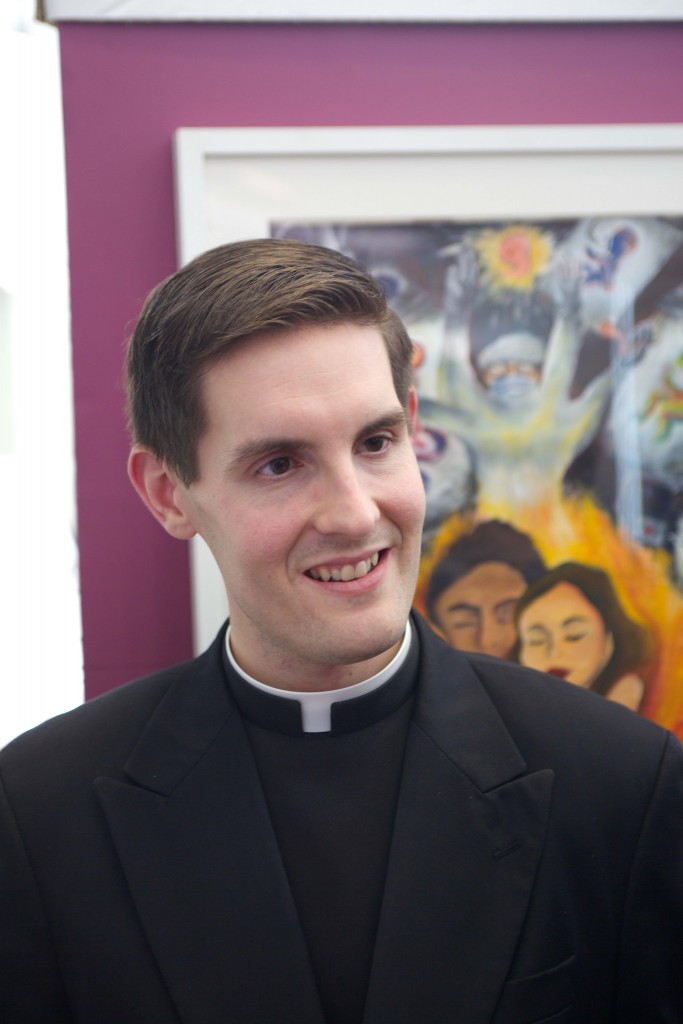 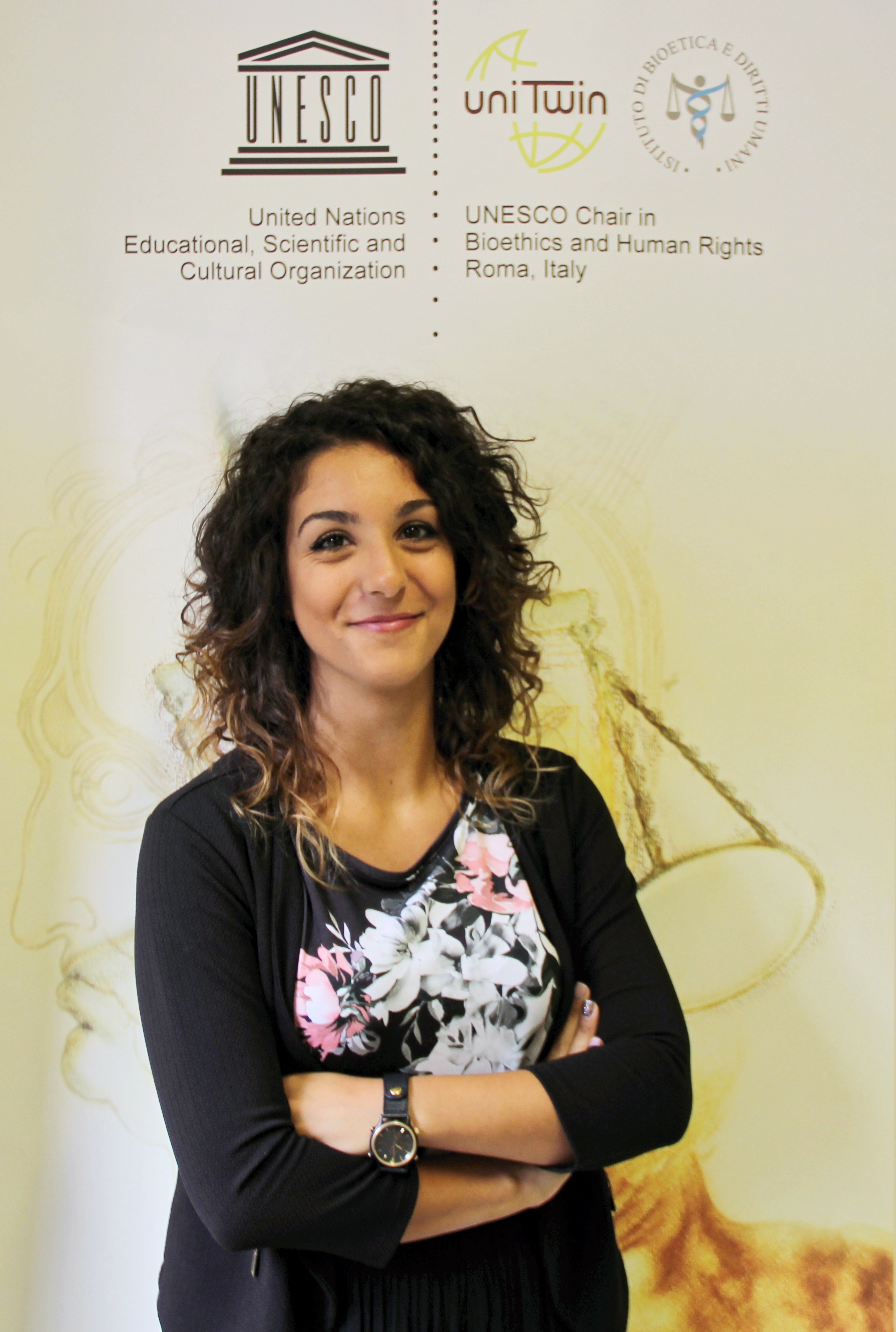 Serena Montefusco obtained a Bachelor’s Degree in International Affairs at John Cabot University, Rome. During her studies, she was committed to the Community Service Program collecting several experiences. As Treasurer of the club STAND (Student Anti-Genocide Coalition), she has been volunteering for one year at Joel Nafuma Refugee Center, Rome, side by side refugees and migrants. She also took part in STAND for Dignity project with the aim of rebuilding the bathrooms at the center. While she was an intern at the Leonarda Vaccari Institute, a public facility for mentally and physically disabled adults and children in Rome, she collaborated to publish a report, Dyslexia and Technology. She is currently collaborating with an NGO, Humilitas, in the Dressmaker Project, with the scope to open a dressmaking shop with migrants. Moreover, she is responsible of the Communication Office of UNESCO Chair and is taking part as project coordinator assistant in EUROSOL (Europe for Citizens), iCONSENT (Horizon 2020), and CivicAL (Erasmus +), funded by the EU. Email: smontefusco@unescobiochair.org 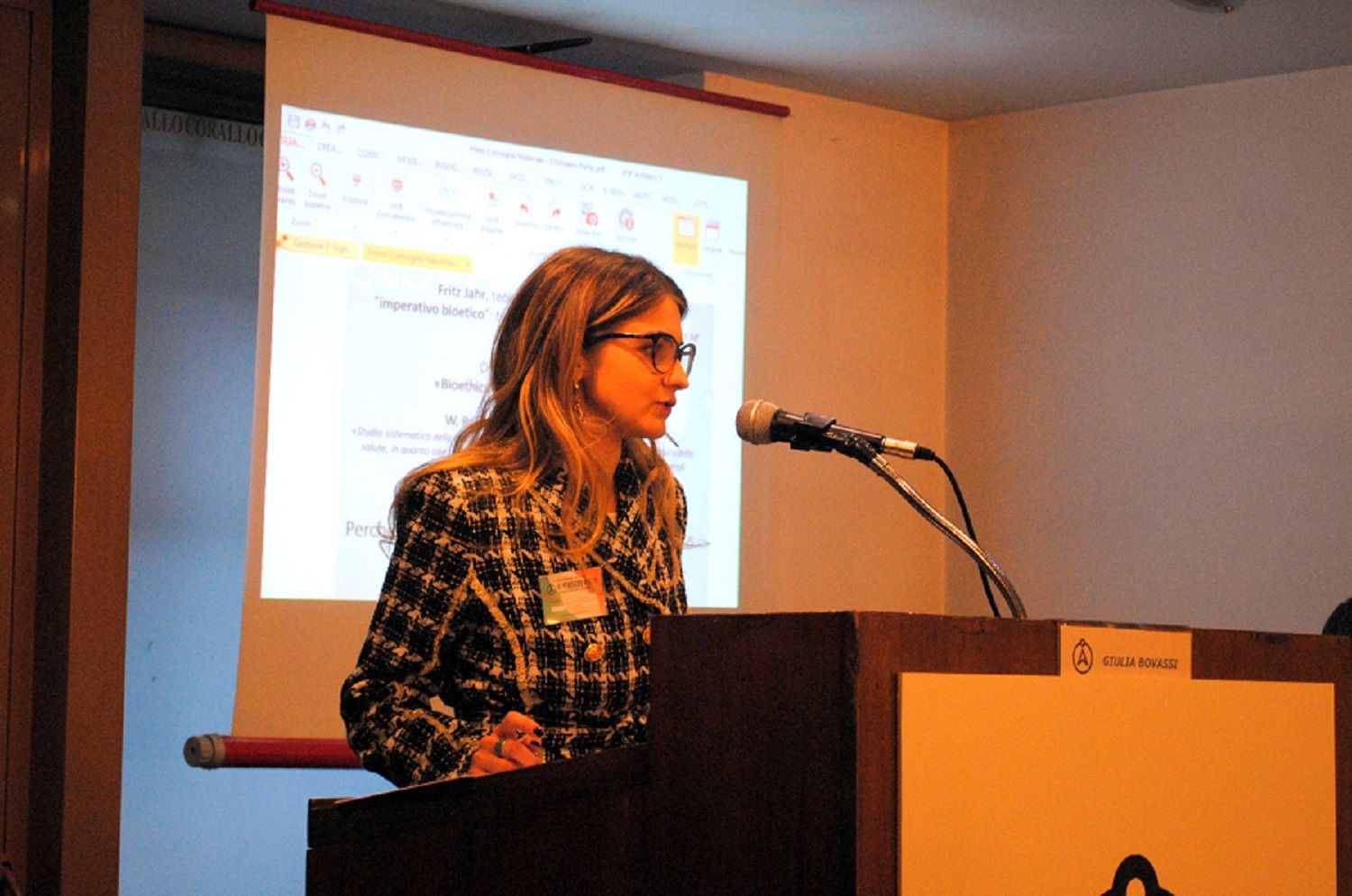 Giulia Bovassi is born in Monselice (Padua, Italy). She first graduated earning a bachelor’s degree in Philosophy at the University of Padua. Her interest in bioethics and human rights began attending a masterclass in Bioethics at the Catholic University of the Sacred Heart in Rome, followed up by the current master degree in Bioethics at the Athenaeum Pontificium Regina Apostolorum; meanwhile she attended a master’s program in Philosophical Consultancy and Existential Anthropology in the same athenaeum.  She is author of «The Echo of Solidity. The nostalgia of the recall between liquid anthropology and post-humanism» (2017) and involved in the Group of Study in Neurobiethics. She currently hosts the radio program «Aut-Aut: pillole di bioetica» on Radio Giovani Arcobaleno, a web radio settled in Guidonia. Email: gbovassi@unescobiochair.org. 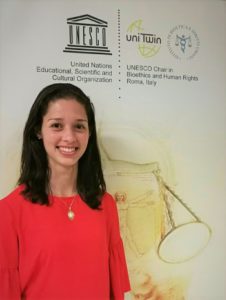 Lílian Ribeiro Santos was born the Estate of Rio de Janeiro, Brazil. Currently, she is a PhD student of Bioethics at the Pontifical Athenaeum Regina Apostolorum, in Rome, Italy. In 2019, she obtained a Masters degree in Bioethics (summa cum laude). She also holds a degree in Education and Development by Anáhuac University and a degree in Religious Science by Pontifical Athenaeum Regina Apostolorum. Lílian worked in the educational field in Spain, Venezuela and Ireland. Now she is an assistant professor of Bioethics and Biolaw and she is collaborating with different projects in the UNESCO Chair in Bioethics and Humans Rights in Rome. Her areas of interest are Global Bioethics, Multiculturalism, Human Rights and Transhumanism. Email: lsantos@unescobiochair.org 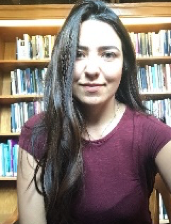 Mariel Kalkach Aparicio MD degree by Universidad Anahuac Mexico, finished her studies of the Bioethics Master’s program at the Bioethics Faculty by the same university and in collaboration with Hospital General de México. Former Visiting Researcher at Georgetown University, in the Neuroethics studies group. Currently, Research Specialist in the Department of Neurology at the University of Wisconsin-Madison; Research Assistant to the Clinical Bioethics Interdisciplinary Chair and General Coordinator of the group BINCA at Universidad Anahuac. Affiliated Research Scholar of the UNESCO Chair of Bioethics and Human Rights, collaborating in the coordination of the first Neuroethics Diploma Course and Professor of the Emergent Technologies and Global Bioethics class in the On-line Masters in Global Bioethics.

Interns are students or junior scholars interested in Bioethics and Human Rights.  They assist the fellows and the director of the UNESCO Chair in academic research projects, coordination of events, and diffusion of news.