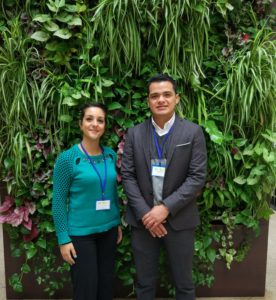 On the 11th of November, two collaborators of the UNESCO Chair, Ing. Kevin Ramirez and Serena Montefusco participated to the third EUROSOL event in Vilnius, Lithuania. Vilnius Business College, one of the seven partners of EUROSOL project co-funded by the European Union, organized a conference, Active Society – Innovative Solutions (ASIS-2017) with the aim of raising awareness on migration and increasing solidarity among European citizens. During the entire day, several topics based on migration, integration, and migrants’ rights were presented. For example, Dr. Stefanos Spaneas of University of Nicosia, Cyprus, gave a speech on European regulations and laws from an historical perspective. It was interesting to see how European law is developing to ameliorate the situation of migrants and refugees; however, as Dr. Spaneas argued, the asylum and migration policy is still far to be implemented in favor of a regular and legal migration. Then Dr. Stefanos Spaneas left the podium to another EURSOL partner, Nathan James Ward of Diagrama Foundation, UK, who shared his idea of migration compared to English birds’ migration with the colleagues of Vilnius. 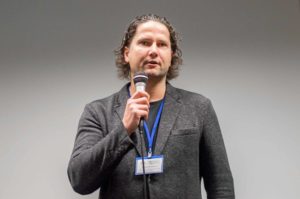 Moving on, the Associate Professor, Dr. Thomas Butvilas of the Vilnius Business College, Vilnius, introduced his topic on children who are left behind. He stressed the importance of assisting and supporting children during stressful and painful moments that may occur in their lives. Cases of abandonment and physical or psychological violence, are typical of unaccompanied migrant minors. These minors are usually sent or sold by their parents to leave their country of origin to have a better future. However, reality does not always meet the expectations. The intentions might be good, but the acts leave a lot of wounds.

The second part of the morning session was more focused on social inclusion and innovative actions. For example, Egle Dosiene presented an NGO, Blessed Jurgis Matulatis Social Center. She explained the social activities, most of them cleaning activities, that she and a group of young people lead in a neighborhood of Vilnius, in order to have an active population and more sensitive to the migration issue. Moreover, Vaidesvarans Sundars of School of Business Administration Turiba, Latvia, presented the program Erasmus Plus to show how diversity is important in an educational environment. 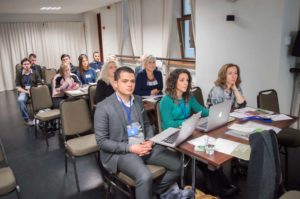 After a typical Lithuanian lunch at Amberton Hotel, the discussion continued focusing on labor market and its challenges. Kristina Kovaite, for instance, started by pointing out that often migrants are seen as the ones who steal jobs in the host countries. She offered an alternative vision arguing that labor market will change because of the Industry 4.0. In other words, she claimed that artificial intelligence will be the real threat. 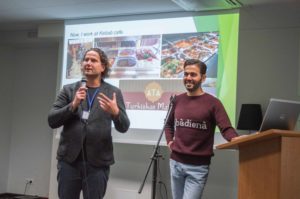 The panel discussion ended with two testimonies of two young men, Nanko Nikolai Todorov from Bulgaria, and, Elvin Jafarov from Azerbaijan, who shared their successful lives in Vilnius. Mr. Todorov owns his company of children’s clothing and Mr. Jafarov has his own Kebab and cafeteria. Gathering speakers and participants from fourteen countries, it was possible to have a diverse discussion and dialogue on EU integration and migrants’ rights. The UNESCO Chair being present to this discussion continues to pursue its mission of cooperation and global ethics increasing its sense of dialogue and investigation on human rights, multiculturalism, interreligious dialogue, and technology. Moreover, the UNESCO Chair representatives had the possibility to share with the other partners the program of their EUROSOL event that will be held on 27th of November in Rome.

On Tuesday June 27th, the UNESCO Chair in Bioethics and Human Rights took part in the event host by Diagrama Foundation in Chatham, UK. As part of the eight partners of European Citizens for Solidarity (EUROSOL), co-funded by the Europe for Citizens programme of the European Union, Diagrama Foundation invited migrants, refugees, and experts in this sector to attend an interactive art workshop.

The session opened with the presentation of the Fundación Altius Francisco de Vitoria on the main aspects, aims and prospects of EUROSOL project by the European Director Clara Úbeda Saelices. The event moved on to Nathan Ward’s contribution, drew a metaphor between birds’ migration with human migration and stressed the natural process in both birds and human beings in moving around the world for survival. He also explained the main aspects of the UK history and law regarding migrants and remarked upon the controversial idea of welcoming in detention centres. He explained that detention centres for first facilities often remind prisons.

In the second part of the event, the representatives of the UNESCO Chair, Dr. Alberto Garcia, Ing. Kevin Ramirez, and Serena Montefusco had the chance to express their perspective with the guidance of the Sensitive Labyrinth Theatre, Germany. It was an introspective experience where participants, at first, had to express with gestures and words what is most related to the refugees and solidarity topics. Second, the workshop participants divided into two groups to let them express their points of view and the reasons why they were chosen to be there through a drawing or a composition with newspaper. It was challenging for the audience to go all the way back to their beginning of careers, experience, and their life to appreciate their presence at the workshop.

In the third and last session, the guest Shawn Owen, from Migrant Help UK, presented Migrant Help organization and what it has been doing in delivering advice and supporting vulnerable migrants in the UK for more than 50 years. His intervention gave audience the possibility to better understand the actual situation in UK regarding refugees, human rights, and human trafficking. Apart from collecting data on how many asylum seekers are in UK, the aims of Migrant Help organization are to provide education, health care, legal, and psychological support. Even though the number of abused and trafficked people is still shocking, thanks to this organization as well as Diagrama Foundation and many others, it is interesting to see how numbers are decreasing. However, Owen highlighted that we are not talking about numbers but people, entire families, women, men, minors, who face atrocities along the journey in order to have a better chance in life. Birds migration is part of birds’ survival just as migration has been part of humanity since time immemorial.

The event held in Chatham was not only an occasion for discussion, confrontation, and dialogue among the participants, but also an occasion for Chair Director Alberto Garcia, to present the “Code of Ethics” that was prepared for the consortium. The role of UNESCO Chair is essential to carry out the entire EUROSOL project and in preparation of a Public Forum on “Human Dignity and Human Rights of Refugees” on November 27th in Rome through an ethical perspective.

One of Chair’s chief areas of interest since its 2009 has been Bioethics, Multiculturalism and and Religion. The Chair is thus deeply concerned with promoting and protecting the common human rights of all issues. Migration is a complex phenomenon that affects individuals of all creeds and cultures. Thus, the Chair’s experience in fostering the art of convergence and cooperation in global ethics enables her to join diverse groups of individuals committed to creating more just and welcoming societies. 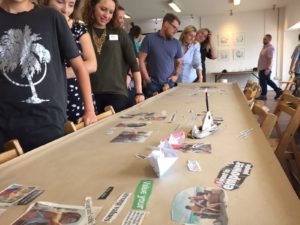 The project European Citizens for Solidarity (EUROSOL), co-funded by the Europe for Citizens programme of the European Union, gathers partners from eight EU member states to promote the European citizens’ solidarity in times of the refugee crisis. The Project...