Cineforum UER – REPLICAS: Are you your body?

On November 20th, we presented the Cineforum on Replicas, the new film directed by Jeffrey Nachmanoff and starring Keanu Reeves. Replicas tackles the modern concept of artificial intelligence as the translation of human cognitive faculties in an artificial medium. Keanu Reeves plays the role of Will Foster, an employee of the futuristic company Bionyne, whose purpose is, in fact, to transplant the neural network of human consciousness into artificial humanoids. After a car accident that causes the death of his wife and his three children, Foster manages to clone their bodies and transplant their entire consciousness so that none of them has memory of the accident and can continue to live as a replica of the original person. In Replicas, the body thus becomes a chrysalis, a mere item of clothing to change at the time of death, while the mind turns into a set of files to be backed up each time the body medium has to be replaced.

There are many recent film and television productions that deal with the theme of artificial intelligence and mind-body dualism. From The Matrix to the Netflix series Altered Carbon, it’s no wonder how, in the age of technology and information, such parables are at the centre of our most ambitious narrative constructions. And what is more ambitious than immortality? From the practice of mummification of the ancient Egyptians, humanity has always been fascinated by the concept of eternal life. But if once the imagination of men pictured fountains of eternal youth and a body that would never age, now this takes a back seat and leaves room for the myth of the eternal mind and consciousness.

In recent years, the technological revolution and medical and scientific innovations have become deeply intertwined with the ancient human fascination with immortality and have thus given rise to a new cultural movement based on this very premise: trans-humanism. In 1957, biologist Julian Huxley defined transhumanism as “the man who remains human, but who transcends himself, realizing the new potentialities of his human nature, for his human nature”. The romantic theme of Nature and the artificial creation that disturbs the perfect natural balance echoes Mary Shelley’s Frankenstein and the myth of the dangerous knowledge that drives men to cross the boundaries of his existence and dare to “play God”. In modern society, where technology is advancing at a surprisingly fast pace, it is not difficult to imagine how, in the near future, we will be able to exploit novel scientific discoveries to increase human physical and cognitive abilities.

Martin Monti, associate professor at University of California Los Angeles’s Department of Psychology and Director of the MontiLab, has done revolutionary work on the human brain and post-trauma consciousness. According to Dr. Monti, the transcription of the human neural network into a new silicon-based medium is not impossible and that one day it will be possible to obtain results similar to those portrayed in Replicas. According to the integrated information theory, in fact, if we re-create the exact function and the same connections of each neuron in a chip, we could obtain an electrical circuit that is an artificial copy of the original biological system. 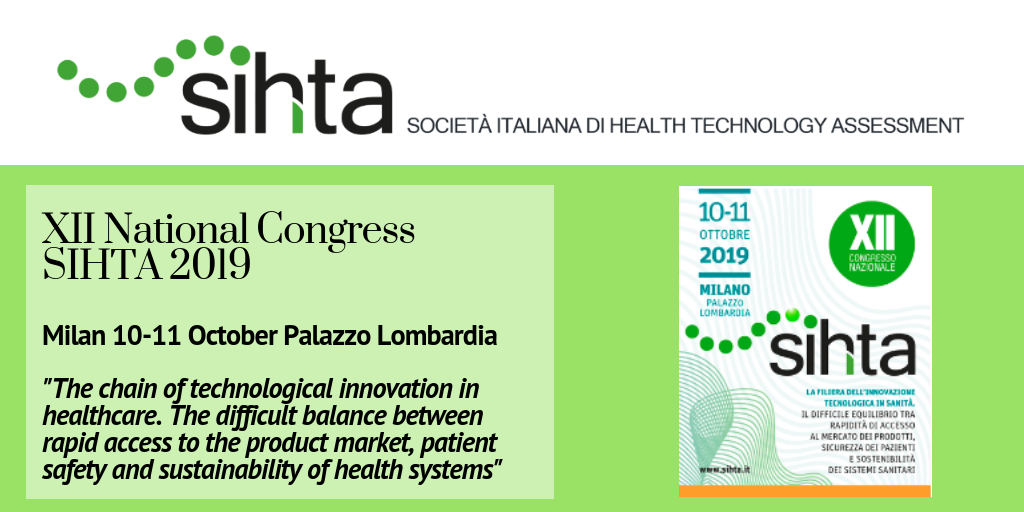 From 10 to 11 October, our Chair fellow Fr. Prof. Alberto Carrara, LC, will participate as a speaker in the XII National Congress SIHTA 2019, “the chain of technological innovation in healthcare. The difficult balance between rapid access to the product market, patient safety and sustainability of health systems”.

The theme of the Congress is linked to the continuous and rapid innovation of technologies in a scenario of important regulatory changes: the business world has been looking for a long time with interest at HTA, or rather at the tools of evaluation and quantitative measurement of the impact that certain technologies they can have on the health of the citizens, on the budget of the Sanitary Companies / Hospitals and, therefore, on the sustainability of the expenditure derived for Institutions and families. This common thread of the event will see the deepening of two major innovations in the health field with which more and more European, national and regional institutions, companies, scientific societies and citizens will have to confront to demonstrate clinical efficacy, patient acceptability and economic sustainability: new gene therapies and artificial intelligence. Two issues that are absolutely transversal to health technologies properly defined internationally (Drugs, Medical Devices, Information Systems, Procedures) will be tackled: the promotion and evaluation of public and private investments in scientific research capable of generating true innovation for the benefit of citizens ; the sustainability and fairness of the new models of healthcare organization within the framework of regional autonomy.