International and National Congress of Bioethics: Postmodernism and Transhumanism 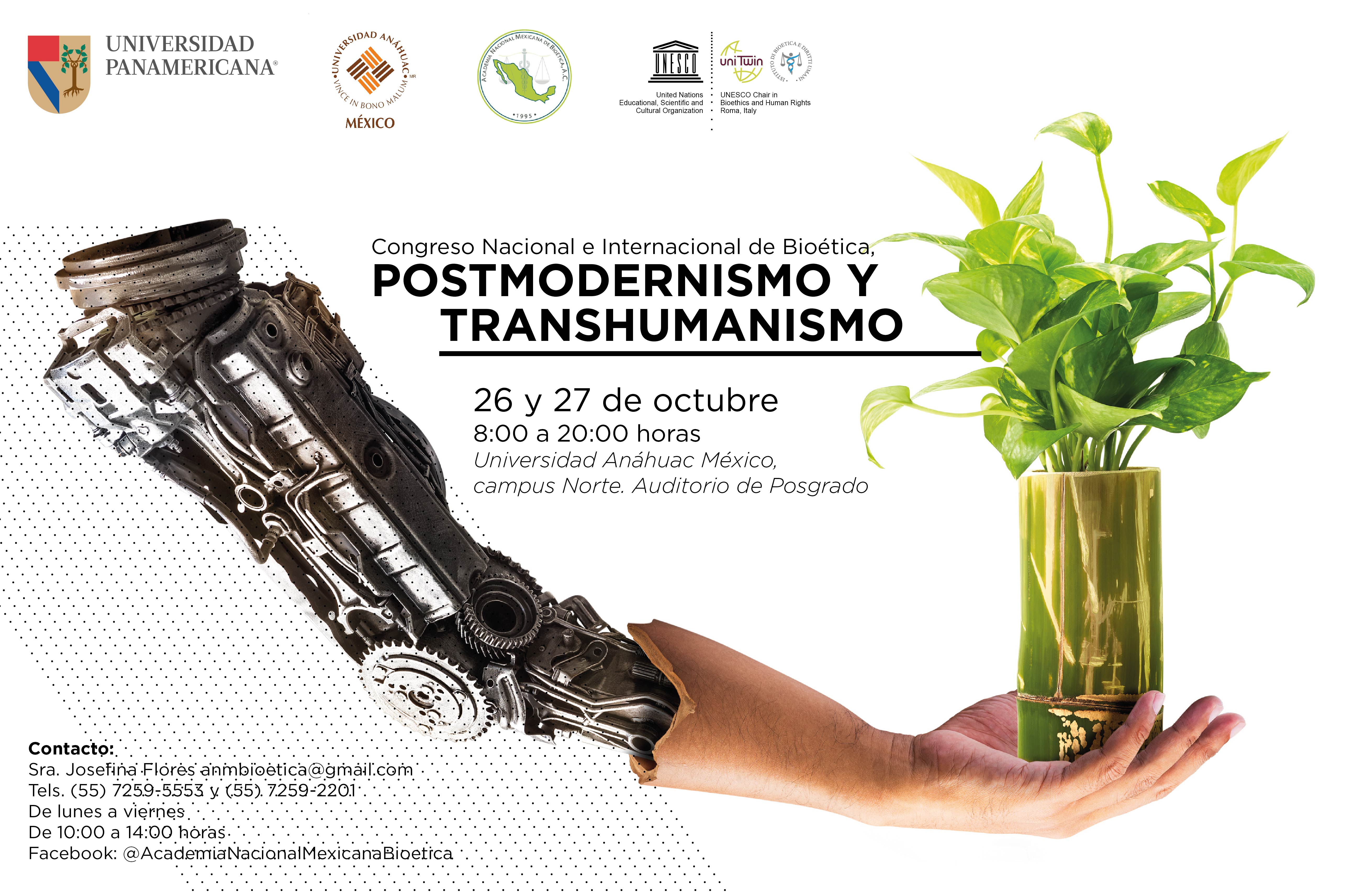 The main purpose of the Congress is to relate the current context of the history of humanity intended as Postmodernity, with its phenomena and contradictions with Transhumanism, which represents a new operative conception of the future of the human being. This conception competes with scientists and experts of different knowledge sectors such as: artificial intelligence, neuroscience, nanotechnology and applied biotechnology, such as health oriented and so-called gray biotechnology, which is made up of all those applications directly to the environment, which in turn are subdivided into two large applications: the maintenance of biodiversity and the elimination of pollutants, issues that have to do with pollution present in many parts of the world.