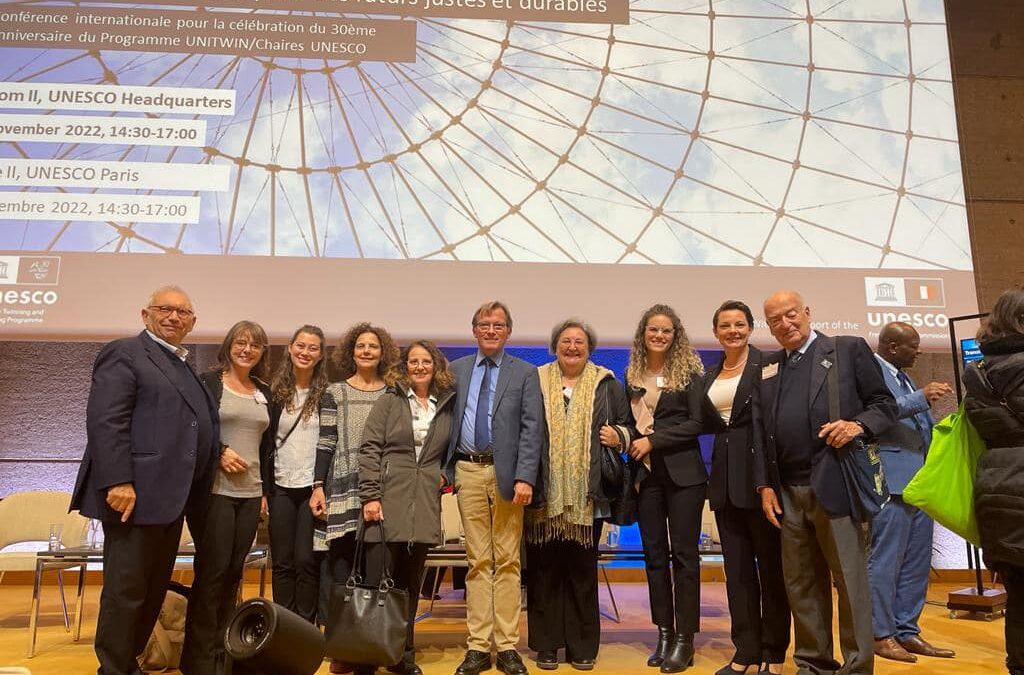 On November 3 and 4, the 30th anniversary of UNESCO Chairs was celebrated in Paris with an international conference full of seminars and expert talks.

“Transforming Knowledge for a Just and Sustainable Future”: this was the theme of the 2-day meeting. The conference was also an opportunity to strengthen collaboration among members of UNESCO Chairs to foster better networking with the Organization’s various Programs.

Created in 1992, the UNITWIN/UNESCO Program represents an inter-sectoral academic network of sharing among institutions of higher or university education.

917 UNESCO Chairs in more than 110 countries represent a unique resource of intellectual and scientific cooperation, not only globally, but also nationally and regionally.

During the assembly, therefore, the network’s achievements in these first 30 years and its future prospects were illustrated and recognized. In Italy there are 42 UNESCO Chairs, in different university locations, from the north to the south of the country, dedicated to social issues and reflecting UNESCO values.

We report that in the session entitled “UNITWIN/UNESCO Chairs Program: A global observatory?” “Dialogues of UNESCO Chairs” was presented.

The project was presented with a report entitled “Dialogues of UNESCO Chairs: A global laboratory of ideas” by Raimondo Cagiano de Azevedo, as spokesperson for the Italian UNESCO Chairs Network, and Patrizio Bianchi, standing in for the Secretary General of the Italian National Commission for UNESCO, Enrico Vicenti.

During the speech, the numerical results achieved by the project and the actions implemented were shown. Sobhi Tawil, Director of UNESCO’s Future of Learning and Innovation program, who moderated the session, expressed appreciation for the Italian project.