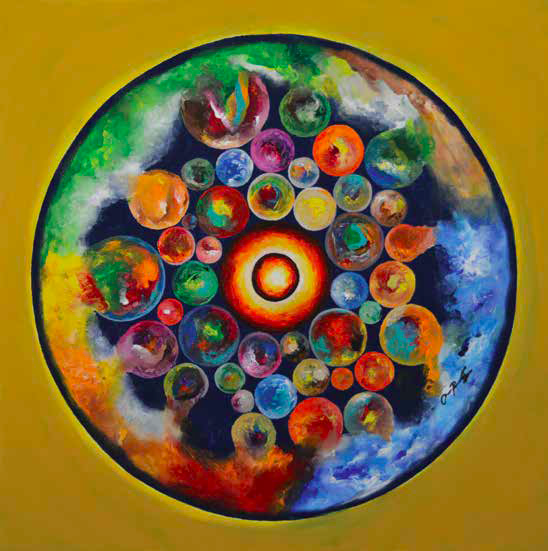 Considering the continuous advances in the scientific and technological fields today, our world changes daily, but not always in a beneficial way. This is why bioethics steps in as a way to ensure that humanity and the environment are affected positively by these advances. According to the field of bioethics, it is crucial that our lives, the lives of others and of our future generations deserve compassion, care, and love in how we implement such technological improvements.

A practical example of a way to ensure respect for mankind in the biomedical context is the Universal Declaration of Bioethics and Human Rights, adopted by the United Nations Educational, Scientific and Cultural Organization (UNESCO) in Paris on October 20, 2005. Indeed, one of the fundamental aims of the Declaration is the establishment of a universal framework of principles and procedures. The latter are intended to guide states in the formulation of their legislation, policies or other instruments in the field of bioethics in order to promote respect for human dignity.

Nevertheless, the Declaration is not the only tool used to ensure respect for the life of human beings and fundamental freedoms as scientific research advances. Another impactful response to the ever-increasing dilemmas that science and technology present for humankind and the environment, is given by three different Art Global Competitions. These competitions were organized by the UNESCO Chair in Bioethics and Human Rights (Rome, Italy) respectively in 2011, 2013, and 2015 in different countries. The international character of such exhibitions contributed to one of the fundamental aims of the Declaration, that is to say, the multidisciplinary and pluralistic dialogue on bioethical issues. Therefore, these thought-provoking art exhibitions allowed the intersection of bioethics, arts, aesthetics, axiology, ethics, human rights, creativity, and technology.

The three exhibitions are a perfect manifestation of the so-called “aesthetic experience”. As Prof. Alberto García Gómez, Chairholder of the UNESCO Chair in Bioethics and Human Rights, claims, the aesthetic experience is a way of discovering and seeing the ordinary through a deep and meaningful sensibility. In other words, it consists of a privileged view that allows a deep cognitive learning of the surrounding world and mankind. Another scholar who further expands on the concept of the aesthetic experience is Francisco Bueno Pimenta who analyzes the five consequential phases characterizing this universal phenomenon: the mental triggering; the interconnection between images, sounds and emotions; the encounter with beauty inhabiting both physical and human nature, works of and human thoughts; a deep contemplation of such encounter; and a final renewed vision of reality. The last phase allows mankind to be guided by ethical values and principles in order to be able to distinguish between correct and incorrect, appropriate and inappropriate actions.

More specifically, the First Global Art Competition which took place in New York expanded upon the notion of human vulnerability which has been previously discussed in a workshop hosted by the UNESCO Chair in Bioethics and Human Rights from the 9th to the 11th of October 2011 in Rome. The principle of human vulnerability and personal integrity are both included in Article 8 of the Universal Declaration of Bioethics and Human Rights. Thus, to deepen the understanding of such principles, bioethics experts from the world’s major religions—Judaism, Islam, Christianity, Confucianism, Buddhism and Hinduism—met to discuss the meaning and implications of this principle in their traditions. In order to expand their audience, a call was made to the international art community: artists around the world were invited to creatively interpret the ethical ideals of respecting cultural diversity and inspiring compassion toward all human life.

Two years later, in 2013, the competition expanded to three categories: Fine Art, Photography and Student Art. The inclusion of other categories in the exhibition allowed a broader range of artists with different expertise to participate and also allowed the aesthetic experience to manifest itself through further media. In the 2013 edition which took place in Hong Kong, China, the main theme was centered around the notion of respect for all cultures and religions as a response to the impact of life sciences on present and future generations. In other words, the UNESCO Chair called on artists to illustrate love, compassion and care, in a way that could reflect Articles 12 and 18 of the Universal Declaration of Bioethics and Human Rights. The two articles deal with the importance of cultural diversity and pluralism, especially in public debates and decision-making processes addressing bioethical issues. The scope of the exhibition further reinforces the value of the aesthetic experience and shows how the concept of beauty and art in general have the power to enhance human behavior, specifically in the biomedical sphere.

the third edition of the Bioethics Art Competition also included more than one category: Fine Arts and Photography. The exhibition took place in Houston, USA in 2015 and was based on the concept of healing. Artists devised ways to express the gift of healing through body, mind and spirit, and finally submitted their works of art both in visual and written statements. The success of the competition was evident in the high number of artists who submitted their art pieces: more than 400 artists from 32 different countries were involved in this project. The main theme of the competition can be considered to be more extensive than in the previous competitions since it was not related to specific articles in the Declaration. The references to the principles included in the document are therefore more linked to the artist’s subjective interpretation of the subject. For instance, Sabine Blodorn and Ted Shaw’s paintings, respectively entitled “You, too” and “The awareness of unity”, make references to the concepts of solidarity and mutual support, included in Article 13 of the Declaration. In the first painting, the two floral elements represent two human figures who identify with one another in moments of joy and excitement through their contagious smiles. In the second painting, the concept of solidarity is evoked by the unity of colors that constitute “a performance of energy”, as the artist Ted Shaw states. The chromatic dynamism stands for the universal and personal creative forces interacting with each other, similar to when the surrounding universe and human ego encounter.

As discussed above, in the case of the art competitions, a theme was first established by the board members and only then the works of art were created to reflect such a topic. However, bioethical issues in the sphere of art can also be addressed differently. As a matter of fact, by adopting a careful bioethical point of view it is possible to analyze existing art pieces in connection to the principles of the Declaration, and more generally to ethics and health. Of course, this view applies to works of art taken from all art historical periods and made in different media, such as painting, photography and sculpture, as in the case of the second and third global art competitions. Examining works from Neoclassicism and Romanticism, for example, reflects what Socrates claimed about the concept of beauty. According to his moral vision, the concept of beauty can only be fulfilled when it is related to something useful and practical. In other words, beauty always needs to express an end and more specifically the activities of the soul. Considering Socrates’ vision, if a bioethical point of view is applied to works of art, it is possible to conceive them as a product of physical beauty combined with the power of moral beauty. In other words, it would allow the public to view art pieces as promoters of ethical and responsible actions, just as the aesthetic experience teaches us.

In conclusion, as Alberto García Gómez reminds us, the irruption of beauty and art within the bioethical debate would only contribute to its enrichment and theoretical expansion. This is because artists and their masterpieces ask unsettling questions that are deliberately ignored in today’s world.