Research Scholar Dr. Fr. Michael Baggot, LC, at Fall Conference ‘I Have Called You by Name’: Human Dignity in a Secular World. 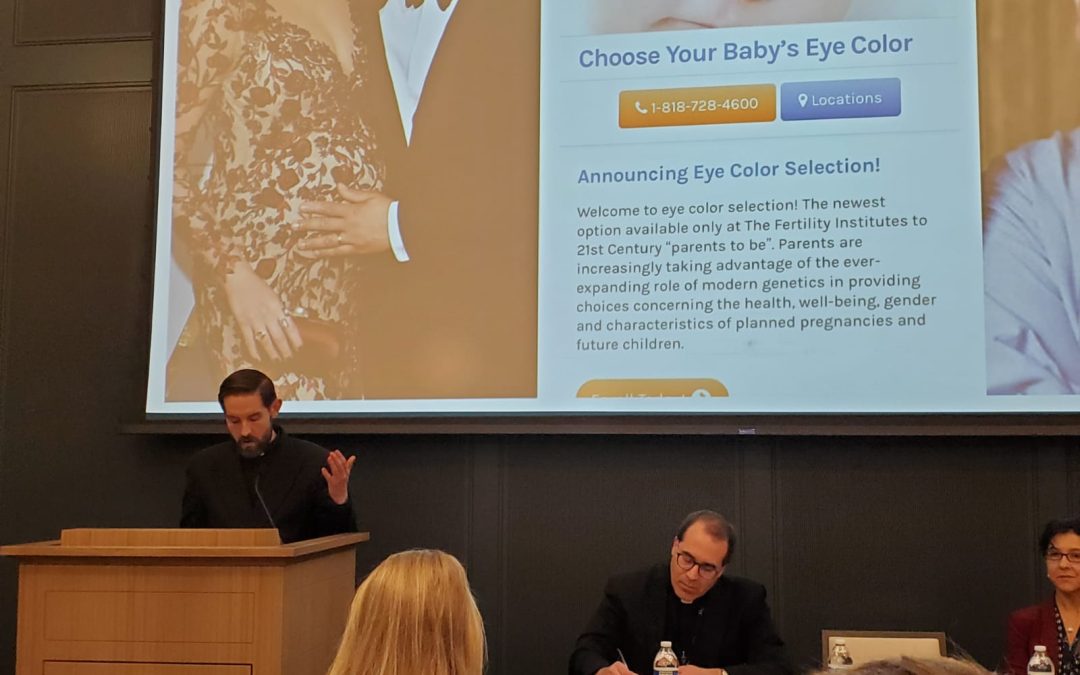 The de Nicola Center for Ethics and Culture held its 21st annual Fall Conference, “I Have Called You by Name: Human Dignity in a Secular World,” November 11–13, 2021, in person at the University of Notre Dame.

What do we mean by “human dignity”? What are its foundations, contours, and entailments? Is a unified understanding of human dignity possible in a fragmented secular culture? Is a just society possible without it? This interdisciplinary, three-day event engaged the theme of human dignity from a variety of points of departure in more than 100 presentations.

Our Research Scholar, Dr. Fr. Michael Baggot, LC, was among the speakers presenting “Procreative Beneficence’s Disregard for Dignity in the Pursuit of an Improved Humanity.” Proposals for procreative beneficence endanger human dignity and present incoherencies. Respect for autonomy would seem to prohibit one group (parents) from imposing their personal opinions about the good life upon others (children). Moreover, the harm principle is fundamentally violated through the rampant destruction of embryonic life. Further, marginalized groups will be disproportionately reduced due to social pressures to have children with the characteristics of the privileged class. Proponents of a new eugenics often exalt radical self-definition while ironically embracing an extreme form of domination at the expense of the autonomy of the youngest and most vulnerable members of society.