Bioethics and Consciousness: an interdisciplinary and interreligious reflection on an essential dimension of the human person (2° part) 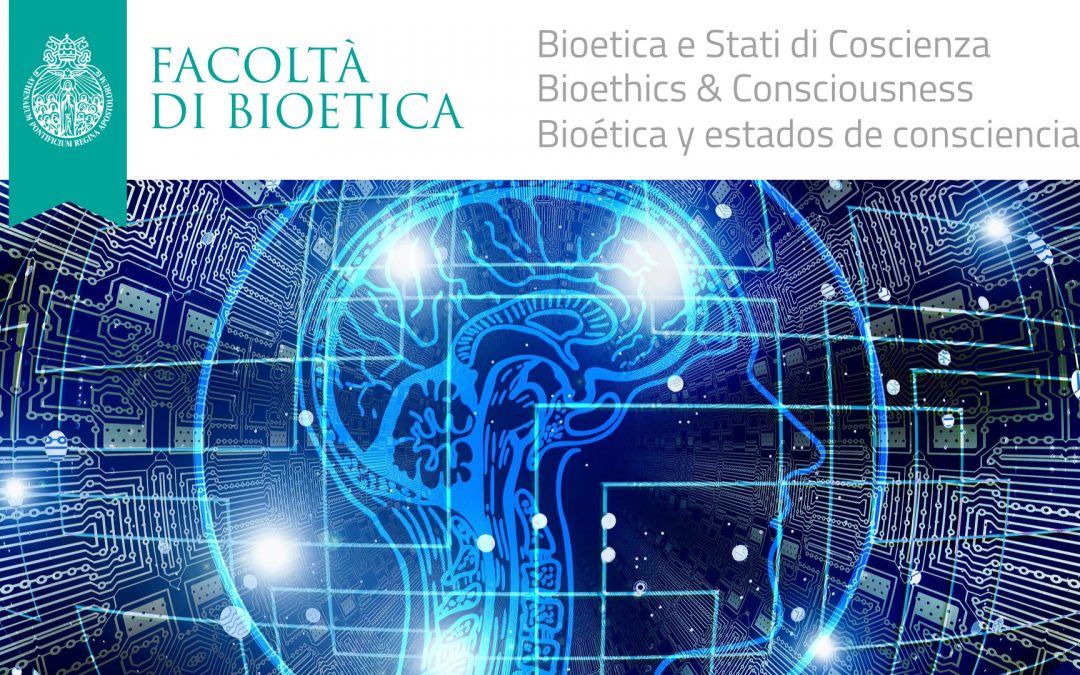 By Ana Maria Ganev, Phd Candidate of the School of Bioethics – Intern at UNESCOBIOCHAIR

The 19th Summer Bioethics Course ended with two exceptional conclusive days on July 9-10, 2021. This wide-ranging summer course on bioethics and consciousness started with an introductory speech by Alberto García Gómez, the Pro-Dean and Professor at the School of Bioethics of Athenaeum Pontificium Regina Apostolorum in Rome (APRA), who expressed his gratitude towards the coordinators of this webinar, Prof. Fr. Alberto Carrara, LC, Director of the Neurobioethics Study Group and Dr. Maria Paola Brugnoli, Coordinator of the Neurobioethics Study Subgroup on Consciousness.

The first speaker, the psychologist and hypnotherapist Katalin Varga, Director Department of Psychology, at Eötvös Loránd University, Budapest in Hungary, drew to a close the psychological part of the summer course with a presentation about the suggestive communication with critically ill patients. She presented several captivating research results proving that that appropriate communication, called Psychological Support Based on Positive Suggestions, can improve the medical care in various settings. The evidence was reflected in various parameters like shorter hospital stay, better cooperation of the patient, less medication needed, reduced side effects and painkiller use, increased survival rate and faster recovery.

The section with reference to the philosophical-anthropological and theological-spiritual perspective on human consciousness was introduced by Giorgia Salatiello, Professor Emeritus of the faculty of Philosophy of the Pontifical Gregorian University. At first a clear distinction has been made between consciousness, self-awareness and self-transcendence. Self-awareness is a peculiar and exclusively human capacity which implies reflection and a complete return to oneself (the Thomistic concept of reditio completa). It is necessary to investigate the implication of these issues from a gnoseological and metaphysical point of view. Immediately afterwards, the anthropological implications are to be taken into consideration as well as the noteworthy theme of freedom and consequently the theme of responsibility. Most importantly, the capability of self-awareness ought to be set apart from its use and application.

The following speaker, Prof. Fr. Adrián Canal, LC, (APRA), undertook the purpose of shedding some light on the notion of consciousness in Descartes and Locke. The final section was dedicated to the main aspects concerning the continuity between Descartes and Locke, who both considered consciousness as an interior sentiment that accompanies thinking, as well an interior reflexivity, and is not to be confused with perception, memory, nor reflection.

The next presentation, by Prof. Fr. Alex Yeung, LC. (APRA), pursued the answer to an intriguing question: Are the Origins of Consciousness an Emergence or Divine Intervention? From an Aristotelian-Thomistic approach, integrated with neurosciences, consciousness refers to the concomitant experiential quality of intentional acts. Metaphysical reflection first centers on the principle of unity of the human person, which, being a substantial unity (biological unity besides a functioning perceptive brain), requires the presence of a spiritual soul (Aristotelian form).

The first day ended with the lecture of Prof. Fr. Michael Baggot, LC, (APRA), who focused the attention on the renowned ethicist Karol Wojtyła, who placed Thomistic interpretations of consciousness in dialogue with 20th century thinkers from other intellectual traditions. Wojtyła highlighted the mirroring and reflexive functions of consciousness, as well as the metaphysically grounded anthropological reflections in view of considering the acting person as a moral agent.

On the last day of this stimulating and compelling summer course, Prof. Fr. Francisco Ballesta, LC, (APRA), focused his presentation on clinical ethics in patients with pathologically-impaired or altered state of consciousness. After a brief analysis of the ethical criteria that must regulate the healthcare of these kind of patients, Prof. Ballesta compared them with real cases in clinical practice.

The second speaker, Emanuela Cesarella, Lawyer at the Court of Rome, gave a particular emphasis to the notion of law, to be considered not as a sterile instrument for regulating the relationships between subjects as part of the legal system, but as the manifest expression of human values. She highlighted as well the relevance of the right to conscientious objection in protecting personal ethical beliefs as opposed to controversial laws.

The final lecture was held by Prof. Melissa Maioni (APRA), who introduced the inspiring topic of the relationship between consciousness and art. Is there a neural basis for the aesthetic experience? Is there a relationship between states of consciousness and the perception of beauty? With the aim of grasping the truth of beauty and enhancing aesthetic experience with a moral insight oriented towards good and beauty, philosophical and bioethical besides neurological and psychobiological theories should be integrated and harmonized.