The challenges of Artificial Intelligence in healthcare 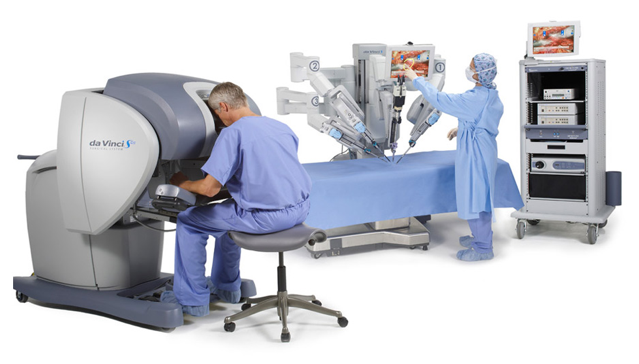 Artificial intelligence (AI) aims to reproduce human intellectual faculties in artificial systems to be employed in a variety of fields, from communication networks and services to medicine and healthcare. The development of AI technologies is well described in its potential to lead to substantial improvements in wellbeing and economic growth however, in order to successfully realize this vision, fundamental questions on AI ethics need to be answered first. One of the most arduous challenges of arriving to a fully functional integration of digital services and human life is to take human rights as a starting point for the formulation of policies and guidelines while also offering a unique environment for innovation. In the medical sector, artificial intelligence (AI) systems have gradually emerged as potentially powerful tools to be employed in disease diagnosis and management, mimicking and perhaps even augmenting the clinical thought and decision-making of human physicians. These innovations could not only lead to improved forms of diagnosis and treatment but also to reduced medical expenses which could play an especially important role in countries were access to healthcare is limited by social and economic factors. For both human physicians and AI systems, patients’ data are the most important starting element.

To formulate a diagnosis, physicians frequently use hypotheticodeductive reasoning, starting with the chief complaint and with appropriately targeted questions related to that complaint. After this initial phase, the physician proceeds to investigate secondary or surrounding areas such as familial history, previous physical exam findings, laboratory testing, and/or imaging studies to rule in or rule out the diagnosis. The entire diagnostic process requires time and extensive data but, if automized with machine learning to extract clinically relevant features, it could be temporally and logistically simplified. A first example is represented by a commonly used technique for drug delivery to cerebral parenchyma. Magnetic particles are injected in the brain tissue and warmed with the use of the magnetic radiation, an operation that allows the burning of specific tumoral areas. The intensity of the magnetic field can be calculated using model-based algorithms, but large volumes of training data needs to be provided in order to determine how these values can be affected by individual variables. Despite their usefulness, operations such as these are not only time expensive but also highly energy intensive. In a recent study, researchers at the University of Massachusetts, Amherst, calculated the time/energy relationship for training several common large AI models. They found that the process can emit more than 626,000 pounds of CO2 which equates approximately to five times the lifetime emissions of the average American car (and that includes manufacture of the car itself). The environmental impact of AI is only one of the many ethical issues associated with the development of intelligent forms of technology: careful evaluation must be designed so that costs for AI do not overshoot its performance, both in terms of energy but most importantly in terms of human identity.

Valuable lessons on the integration between human attributes and technological innovations can be taken from the experience of Da Vinci, an advanced robotic system for minimally invasive surgery, employed in a verity of medical areas, from urology to gynaecology and general surgery. Physical robots similar to those used in industries around the world have been implemented in the medical sector since the early 2000’s. Contrarily to industrial robots however, typically performing single and pre-defined actions like lifting, rotating or cutting objects, medical robots are able to perform more sophisticated and precise tasks that overshoot human precision. They are also becoming more intelligent, as other AI capabilities are being embedded in their operating systems. In Da Vinci, the surgeon is located at a physical distance from the operating field, controlling the robotic arms of the surgical system through monitors and controllers connected to the endoscopic instruments. From a strictly practical analysis, this operation drastically reduces typical “human-errors” due to hand tremors but, from a social perspective, the extensive and ever-perfecting use of these intelligent instruments may lead to (1) a progressive loss of physical and emotional contact between the patient and the doctor and (2) an immediate decline of the creative freedoms of the surgeon.

A first attempt aimed at the restoration of the surgeon’s sensory control over the machine was recently offered by a new generation of robotic arms developed to provide what is known as haptic feedback. A haptic feedback is an advanced pattern of vibration and waveforms conveying tactile information on the instrument’s movements. An everyday common example of haptic feedback is the resistance felt on the steering wheel of new generation cars when immediate danger is identified. When implemented to surgical robots, this sensory information is conveyed as a resistance on the instrument controller as the robotic arms advance inside the operated structure. This feedback is aimed at providing additional guidance to the surgeon’s movements thus preventing unwanted damage to vital tissues. Such novel integrations between human sensory skills and technology’s precision, between mechanical touching and human feeling does not only returns some degree or creative control to the surgeon but it also considerably improves surgical performances compared to those performed without haptic feedback.

The development of artificial intelligence technologies should thus not run isolated and independent from the societal landscape but rather align closely with human needs and intellectual faculties and their limitations. Observations on the role of men and women in the contemporaneity of the digital age should in fact be made in the very first stages of the design of AI services to obtain not only better performing systems but also their ethical advancement in the respect of human rights and values.