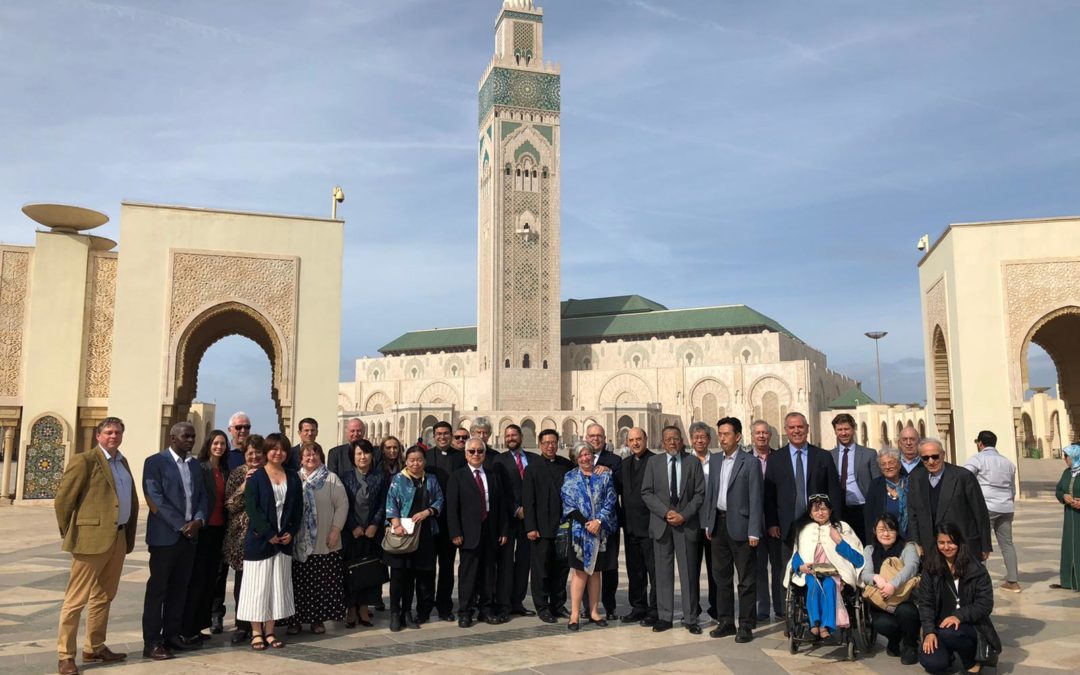 On November 11-13, the 7th International Bioethics, Multiculturalism and Religion Workshop was held in Casablanca, Morocco. It was organized by the UNESCO Chair in Bioethics and Human Rights, in partnership with Foundation Cultures du Monde and the Fondation de la Mosquée Hassan II. 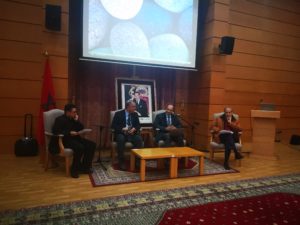 This year, the conference was centered on Article 16 of the UNESCO Declaration on Bioethics and Human Rights, “The impact of life sciences on future generations, including on their genetic constitution should be given due regard.” Under this framework, it focused on the ethics of human reproduction, more specifically on pre-natal Testing, pre-implantation genetic diagnosis, and maternal surrogacy. The conference was divided into ten sessions, out of which seven were panels focusing on specific religious or secular traditions. Each of these panels included one main talk by an expert, commentary from an expert from the same tradition, and commentary from an expert from another tradition. These interventions were then followed by hour-long discussions open to all attendees.

The first two sessions set the framework for the workshop. The first session included welcoming remarks by the directors of the three organizing institutions; the director of the Médiathèque de la Fondation de la Mosquée Hassan II, Driss Alaui of the Foundation Cultures du Monde and Come to My Home, and Alberto García and Fr. Joseph Tham, LC, of the UNESCO Chair in Bioethics and Human Rights. The second session held the keynote talks, including an introduction on the latest radical innovations on assisted reproductive technologies (ART) by Prof. John Appleby, an introduction to the use of ART in Israel and Jewish views on these technologies by Dr. Jonathan Halevy, and gynecologist Dr. Paul Lee’s introduction to NaProTechnology, a possible treatment that addresses the underlying causes of infertility. 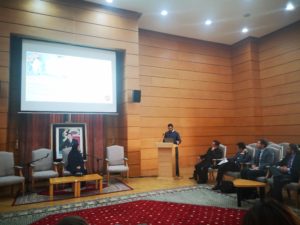 The third session–and first religious panel–was on Islamic views on ART. The main talk was given by Dr. Aasim Padela, who explained a Sunni Islam position, which rejects most forms of ART. Prof. Padela described several theological arguments and shared polls on the views of American Muslim women on these technologies. Katherine Klima, DNP, co-author of the paper presented by Padela, also joined the panel and later–in the discussion–called for a greater emphasis on the perspectives of ordinary Muslims and on the concept of human flourishing. This paper was commented upon by Prof. Mohammed Ghaly who explained the most prevalent Muslim views of ART by focusing on their understanding of parenthood. Finally, Prof. Mirko Garasic, in his comments, shared a few reflections on ectogenesis (artificial womb) from a secular Jewish perspective. The subsequent discussion centered on the topics of sterility, ectogenesis, parenthood, and the concept of the family.

The fourth session was on Christian views on ART. The main talk was given by Prof. Laura Palazzani, who explained the Catholic views on ART by explaining its emphasis on human dignity and the sanctity of human life, and the Catholic understanding of sex and procreation. Her talk was commented upon by Prof. Chris Durante, who, after an introduction to virtue ethics framework, explained the central role of individual discernment in Orthodoxy for these issues, and shared that the Greek Orthodox Church strongly discourages these practices but does not officially prohibit them. The second commenter was Prof. Paul MacNeill, who spoke from a secular position, calling the audience to try to approach common conclusions and called for the taking of a less legalistic-normative approach to ethics. The discussion that followed included several interventions from the audience who said that dogmatic and legalistic views were misunderstandings of the Catholic approach to ethics as a whole. Another key idea discussed among the experts was the possibility of a religion to reject any given action in its entirety versus only in certain instances. 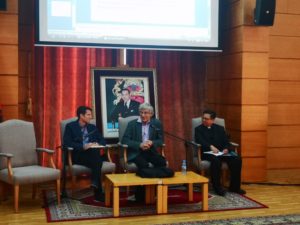 The fifth session discussed Jewish positions on the current generation’s responsibilities to future generations. The main talk was given by Prof. David Heyd, who explored a section of the Babylonian Talmud that discussed whether it is better to be born or not. While he argued that this debate is meaningless because of the questions that matter are those related to what to do when existence is assumed. He then argued that unconceived people have no moral standing. This was commented upon by Prof. Jonathan Crane, who explored the Scriptural story of Leah and Rachel, on which there was divine intervention to change the children’s sex–or the children were swapped before birth–to prevent a family problem. From this, Prof. Crane deduced the permissibility of embryonic or fetal selection for gender and therapeutic purposes. The second comment was made by Fr. Joseph Tham, LC, who explored the Catholic understanding of existence and the soul, and then analyzed the story of Abraham impregnating Hagar. Fr. Tham interpreted this action as the result of Sarah and Abraham becoming impatient because God had not yet given him descendants and then trying to take destiny into their own hands. Fr. Tham spoke on the question of control in the use of ART and maternal surrogacy. The discussion that followed covered points raised by all three speakers, and it had a special focus on Heyd’s argument for non-responsibility. 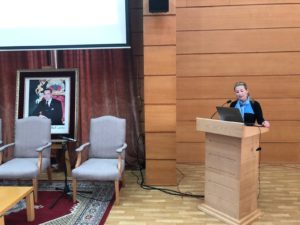 The sixth session explored secular perspectives on ART. The first talk was given by Prof. Peter Mills, who discussed the intentions of couples, socio-technical contexts, and current international conventions. Prof. Mills then delved on questions of prenatal testing and human dignity, its possible impact on interpersonal relationships and the freedom of the future person, as well as some discussion on the ethics of the development of new ART techniques. The next intervention was made by Prof. Vardit Ravitsky, who called for a greater focus on the justice principle in bioethics, raising questions about inequity issues with couples who cannot afford ART, the morality of investing in ART given the number of existing children, the complexity of the concept of “healthy” children, and the subject of children who look for their genetic parents. These two interventions were commented upon by Fr. Gonzalo Miranda, LC, who talked from a Christian point of view, focusing on the concepts of human dignity and exploring the importance of metaphysical foundations in bioethics. The discussion covered topics on transhumanism, the concept of ethical boundaries, Catholic views on IVF and assistance versus substitution, interpretations of human rights and dignity, and the concept of the family. 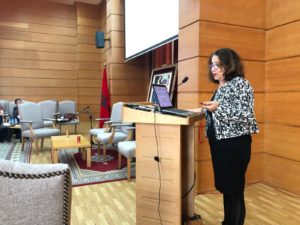 The seventh session explored Buddhist perspectives on ART. The main talk was given by Prof. Ellen Zhang, who explained how hard it is to analyze this topic from Buddhism for lack of applicable content on ancient Buddhist texts. Zhang discussed the use of ARTs and sex selection, which is often condemned by Buddhists, but the gender preference is possibly supported by an ancient text. Prof. Zhang also talked about considerations on the qi energy of wasted sperm and a possible distinction between surrogate motherhood out of compassion and due to commodification. The first commentary was made by Prof. Soraj Hongladarom, who also insisted on the lack of sources and argued on the possible permissibility of surrogacy–even paid surrogacy–out of compassion for both the gestating mother and the couple. These points were responded to by Prof. Nouzha Gessous, who spoke from a Muslim women’s rights perspective, and expressed concerns for how ART could impact women by increasing pressures on child-rearing and through objectification and exploitation in surrogacy. Prof. Gessous also invited the panel to focus more on the children themselves and expressed concern for the idea of the right to have a child, especially a child that fits a set of desired characteristics. The subsequent discussion focused on topics related to the meaning of karma, self-cultivation and ART, international regulations on ART, and how ART impacts cultural expectations for women. 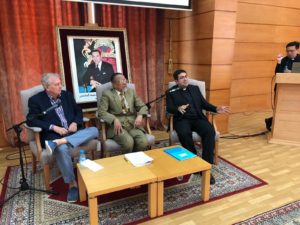 The eighth session–and last panel–was on Hinduism and ART . The first talk was given by Dr. RR Kishore, who explained some basic concepts of Hindu thought, and, using deduction from stories of Indian gods, expressed support for ART due to the interests of the couple, concerns for the possible exploitation of underprivileged women, and concerns for commodification of the embryo–for whom Kishore recognizes a sanctity of life. The first commentary was made by Prof. John Lunstroth, who questioned Kishore’s conclusions by examining his method; especially his deduction from mythical stories and his use of texts not meant for those who are not in the householder stage of life. The second comment was made by Fr. Saamer Advani, LC, who offered a Christian Catholic perspective, and raised questions about Kishore’s definition of the sanctity of life and of how Kishore argued, from ancient stories of self-sacrifice, that embryos (third parties) can be sacrificed for the interests of the couple. The discussion of this panel focused on Kishore and Lunstroth’s understandings of Indian philosophies, especially on moksha, the four stages of life, the soul, the role of women according to the ancient Vedas, and commodification in ART.

The ninth session–and last panel–was on Confucianism and ART. The main talk was given by Prof. Wenquin Zhao, who started by explaining the importance of reproduction in Confucianism and then reflected on the ethical considerations of ART as a possible way of reproduction. Prof. Zhao insisted that these methods must be taken seriously, offering surrogacy as an option (suggesting rituals like to those of adoption to mitigate alienation from the parents), and reflecting on the ambiguities related to PNT and PGD for therapeutic purposes. The first commentator was Prof. Ruiping Fan, who explained further the concept of the Qi’s–which, in Confucianism, is passed on from ancestors–and talked about Confucian hexagrams as a primary source of guidance. The second commentator was Prof. Martha Tarasco, who offered a Catholic perspective, expressing concerns for exploitation in surrogacy and the prioritization of the parental desire to have a biological child over the embryo’s right to life. The session’s discussion centered on the moral status of the unborn–with Fan disagreeing with Zhao–on the value of hexagrams in Confucianism, the value of sperm in Confucianism and Chinese society and discussion on whether loyalty to parents or children should come first. 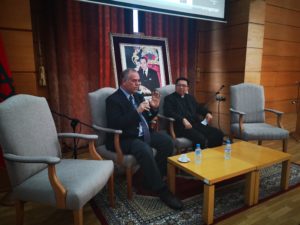 The last session included final remarks by the organizers and speakers, as well as space for all participants to share thoughts, recommendations, and comments. Several experts said that the event surpassed their expectations–even those who said they were really looking forward to it. An expert also expressed gratitude to the partners for the venue and the cultural events. Many discussed the possible inclusion of speakers from Africa and more speakers from Latin America and suggested a greater diversity in the religious perspectives of discussants. Several also insisted on greater engagement with the local community and with younger scholars and students. Finally, the topics and locations for the next conference were discussed, but no definite topic or location was settled.

Follow this link to see more pictures of the event.