Global Compact on Migrants and Refugees: the Role of the Church, May 15, 2019. 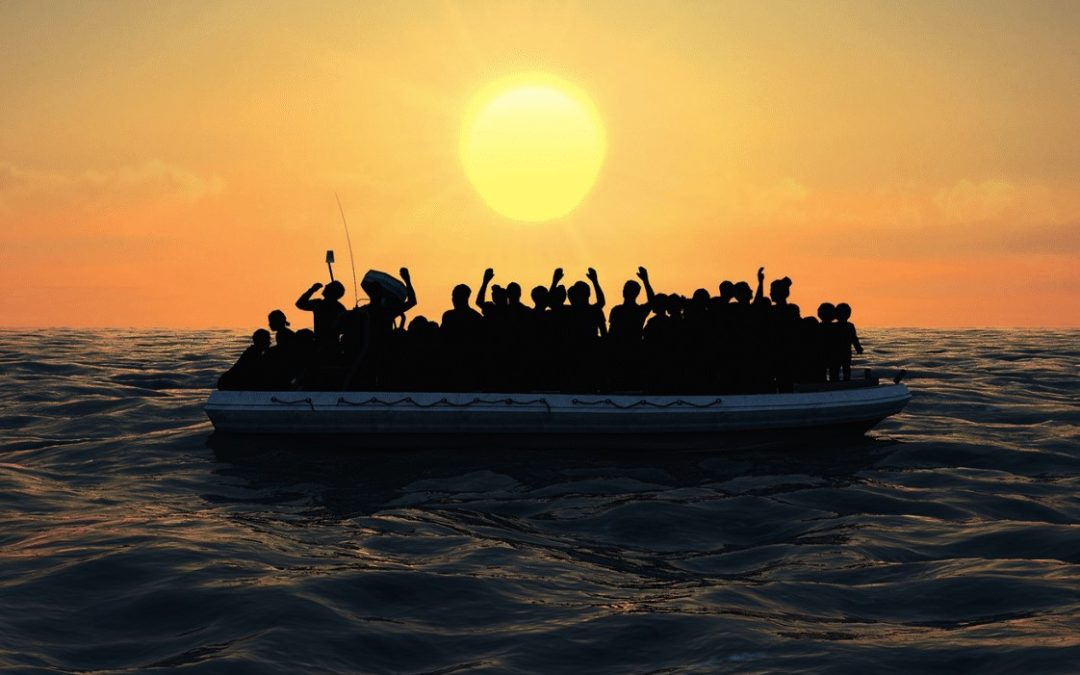 The conference “Global Compact on Migrants and Refugees: the Role of the Church”, hosted on the 15 of May at the Pontifical Athenaeum Regina Apostolorum, discussed the actions of the Church towards the recent migratory flows. Many speakers specialized in the field, together with migrants who shared their experience, participated and explained their point of view on the topic.

The event was opened by P. José Oyarzún L.C., the academic vice-rector of the Athenaeum, who underlined the width of the phenomenon, which does not only appear in Italy, but all over the world. In this situation, the Church is responsible of acting in the light of the Gospel. Hence, Pope Francis often speaks about this issue and highlights two important points: the need to raise awareness throughout society and the promotion of coordinated work with the various institutions of the church.

Alberto García, the director of the UNESCO Chair in Bioethics and Human Rights and professor of the faculty of bioethics of the Athenaeum, was the second speaker of the introductory part of the event. As P. José Oyarzún L.C. did, he underlined the strong interest of Pope Francis towards this issue and highlighted the important role which the Church plays inside of social work, migration and in the creation of the Global Compact Agreement. Lastly, he reminded about the CivicAL project, which the UNESCO Chair is carrying out. The initiative wants to teach civic education to migrant and refugee adults to integrate them fully into the community.

Guido Traversa, philosophy professor of the European University of Rome, concluded the introductory part of the event. He pointed out how often the spiritual need of migrants is being left out of the picture and he mentioned Kant and Bonhoeffer to reinforce the importance of humanitarian help. In particular, he read Bonhoeffer’s writings about the way of looking at events, as we should view situations such as migratory flows from the perspective of the excluded and the derided, not from our perspective.

In the first module of the conference, P. Michael Ryan L.C., philosophy professor at the Athenaeum was in charge of doing the moderator. The first speaker was P. Fabio Baggio, from the department for the service of integral human development. He closely analyzed the various phases of the creation of the 20 action points proposed by the Holy See inside of the Global Compact on migrants and refugees. Pope Francis in 2017 had the idea of having a section only for migrants and refugees directly guided by him, with the goal of adopting the document in 2018. Representatives from the Church met with ECOSOC Status organizations in order to start a common reflection on the situation of migrations and to create the Global Compact for Safe, Orderly and Regular Migration (GCM). The document focused on the four verbs mentioned in the message of Pope Francis for the World Day of Migrants and Refugees: welcoming, protecting, promoting and integrating. As the document aimed to highlight the fact that there is no difference between migrants and refugees, since we are all humans and we are all deserving humanitarian aid, the Global Compact was presented as a unique document which unified all of the categories. The initiative started with 16 main points and reached 20 points by the end of its creation. The uniqueness of these points was that they were all concrete recommendations, guidelines that explain how to effectively tackle each issue. The document was finalized and delivered to the UNHCR for the discussion process. As professor P. Michael Ryan L.C. underlined, the initiative was the first one of its kind and for this reason, it was subjected to many questions. However, it stimulated many ambassadors and diplomats’ calls and visits to discuss it. One of the biggest win was that even before its formalization, some countries started to adopt it. Overall, the Global Compact on Migrants and Refugees reached a wide support by the majority of the United Nations’ member countries.

Following P. Michael Ryan L.C.’s address was S.E.R. Guerino di Tora’s speech. He is the auxiliary Bishop of the northern sector of Rome, president of the Migrantes foundation and of the CEI commission about migrations. In his discourse, he highlighted the fact that many Italians have been and still are migrants themselves; entire families, students or elderly citizens are currently moving from Italy to richer countries, looking for a better wellbeing or work opportunities. Thus, the phenomenon of migration has a greater complexity which we tend to forget. Moreover, the welcoming of the stranger is an important theme discussed in the Bible in multiple passages; for example, in the Deuteronomy or in the Leviticus. Nothing differentiates the migrants from the Israelites; they are both equal in front of the law and in front of God, as laws belong to God. In addition to this, the auxiliary Bishop remarked that often the problem is the wrong information circulating throughout the media, which manipulates people’s opinions. In the end, welcoming migrants should originate from the heart. Every human experience always starts from the intimate of the person; first, it is accepted in its spirituality and later in the body. It is with this reminder that S.E.R. Guerino di Tora concluded his address, encouraging the participants to help migrants in fulfilling their spiritual part, taking as example the churches in his area that have been given as a place to pray for migrant Orthodox believers.

Melissa Maioni, professor of bioethics of the Athenaeum, moderated the second part of the conference. The first speaker was Don Francesco Soddu, director of the Italian Caritas. He underlined the importance of a service oriented in perspective, not only in the close present. Moreover, he encouraged legal ways to welcome migrants and public discourses without fake news to give the right perception of the phenomenon. Caritas has always been closely working at the borders with the Italian Navy to save migrants, developing the “Warm Up” project. This project supplied dry clothes and thermal blankets to migrants and saved them from the bad weathers and hypothermia. Don Francesco Soddu denounced the scarce help from Europe and their incapacity to organize the migratory flows. Thus, Caritas’ programs are completely financed by the Italian Church, which has allowed the arrival of 106 family units. Family is the core value in this project, which made it possible for migrant families to live in contact with Italian families. Don Francesco Soddu concluded with words of hope, stating that we should not let ourselves be dominated by the fear of migration and is happy to announce the signing of a project founded by the Church and the S. Egidio Community to help the allocation of communities of asylum seekers throughout Italian regions.

Don Pierpaolo Felicolo, the Director of the Office for the Pastoral Care of Migration in the Vicariate of Rome, followed Don Francesco Soddu’s speech. He mentioned again the significant role of spirituality, but also of patience in this particular phenomenon. Indeed, the process of accommodating the needs of migrants is very long. The networking of different communities, sharing cultures and allowing multiethnic meetings, is a core action in this situation. As Don Pierpaolo Felicolo said, “welcoming is done together.”

The closing part of the event hosted two migrants who shared their stories. This very touching moment reminded the participants of the conference that in order to have a bright future effort should be put on both sides. On one side, Italians should let go the fear of the stranger, while on the other side, migrants should do their best in learning the language and the culture of the place they are living in. At the end, a multiethnic dance performance and catering took place, to embrace the merging of cultures.