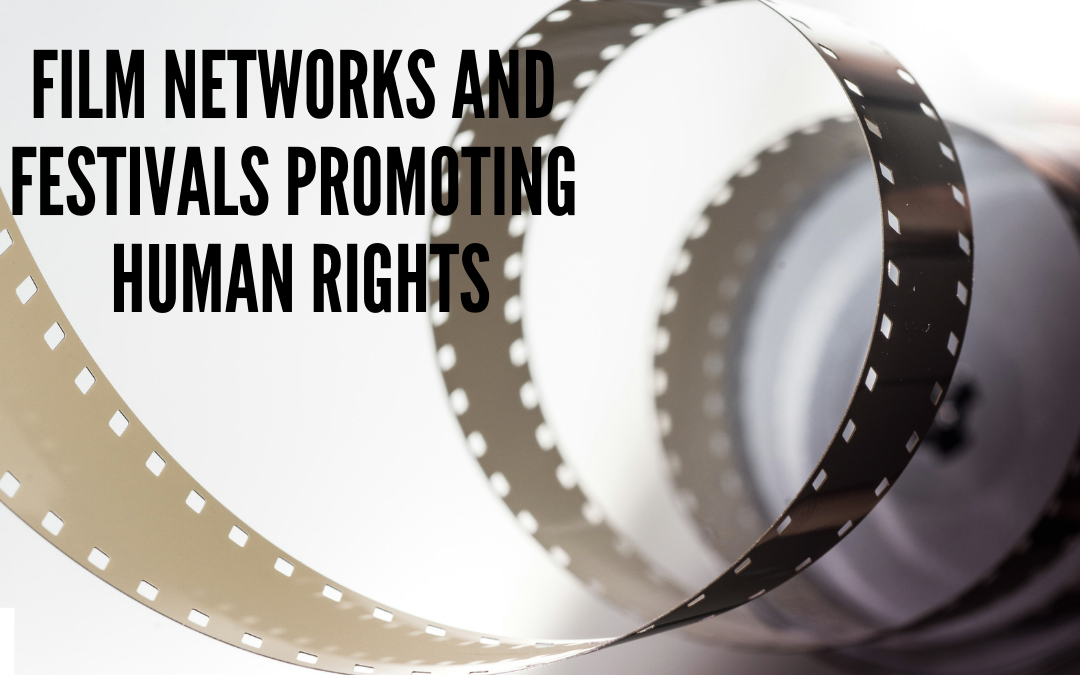 Art can present itself through a myriad of mediums and can prove to be a very powerful and effective tool for the advancement of human rights and bioethics. One of the most dynamic and potent areas of artistic expression is film, which has the capability to work as an avenue for ideas and values to be exchanged in a very accessible way and has the capacity to reach millions of people worldwide, regardless of limitations like illiteracy. A network called The Human Rights Film Network is working to promote the “exchange, communication and collaboration regarding the representation of human rights issues in moving pictures”. This network of over 40 human rights film festivals worldwide functions as a channel through which human rights charged content can be shared via screenings and provides a forum for further discussion and debate through panels.

According to the official charter of the network, the aims of the Human Rights Film Network are to:

To promote these goals, The Human Rights Film Network is engaged in the following activities:

Some of the most notable festivals in this network include the HUMAN International Documentary Film Festival, whose mission it is to “engage and encourage debates about human rights and other relevant social issues”. This film festival and forum takes place in Norway and consists of a showing of roughly 30 documentaries per season. The collaborative effort extends far past the physical parameters of the festival, as included are “between 60 and 70 NGOs, universities, think tanks, newspapers, and others, who contribute in the making of talks and debates and with their active participation in panels”. Another notable festival is the This Human World- International Human Rights Film Festival, which has partnered with the European Union Agency for Fundamental Rights- a decentralized agency of the European Union whose mission it is to “instill fundamental rights culture across the EU”. A past film that has been featured at the This Human World-International Human Rights Film Festival is called Easy Lessons: “A cinematographic exploration questioning the meaning of belonging, home and identity across geographic, political and social borders”. This particular film placed a strong emphasis on identity, migration and sense of belonging: all issues at the forefront of the modern political agenda.

The University of Pennsylvania established the Penn Bioethics Film Festival in 2015, a festival sponsored by the Department of Medical Ethics & Health Policy. In addition to screenings of films concerned with the value of life, conscience and morality, and the role of technology in the rapidly expanding contemporary landscape, University of Pennsylvania faculty are invited to lead thoughtful panel discussions.

Media has played an integral role in the spread of information ever since the advent of technology has transformed the way in which mass society forms and shapes opinions. Thus, it is vital that endeavors which support the promotion of human rights and bioethics via artistic expression and contemporary culture be encouraged and endorsed.

UNESCO Chair in Bieothics and Human Rights, to support and promote human rights and bioethical principles, has organized three editions of the Bioethics Art Competition and established a Bioethics Art Group of Study – Bioestethics. The aim of the group is first to study the relation and interaction between bioethics and art and the impact of art in human behavior, second to evaluate the impact of the transformative power of arts in research and medical ethics as well as in environmental ethics, and finally to bridge the gap between academics involved and working in bioethics and the art world by carrying research activities and publications. Through these projects the Chair is applying any forms of art to bioethics and human rights to raise awareness and create forums of discussions.