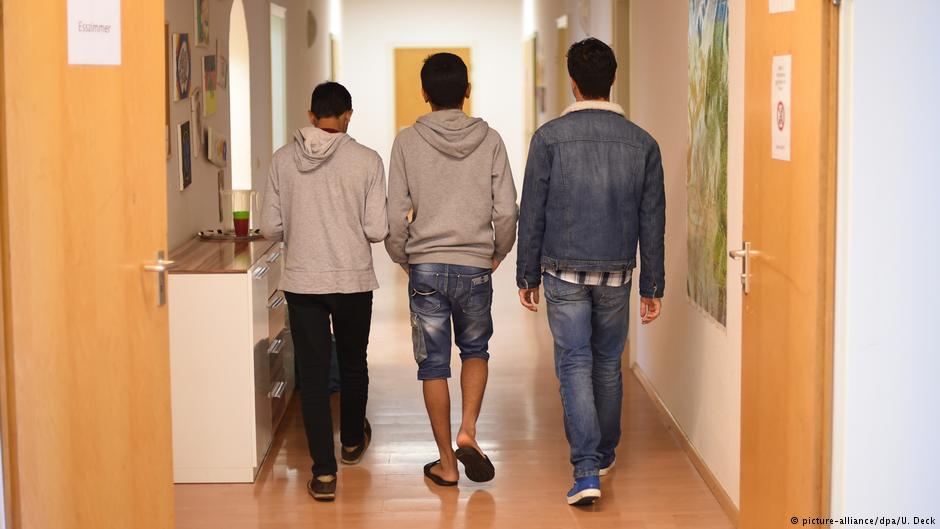 Calls for mandatory X-ray age tests on unaccompanied minor refugees were rejected last year by German doctors. As an alternative, the Health Ministry is now launching a €1-million study into ultrasound testing.

Young refugees walk in a hallway, backs to the camera
Age can have a huge implication on the future prospects of an asylum-seeker in Germany. In principle, unaccompanied minors — under the age of 18 and without family — cannot be deported. Upon their arrival in Germany, unaccompanied minors also have the right togo to school or start a training course immediately.

Debate in Germany over mandatory age checks on unaccompanied minor refugees has drifted on and off the agenda for months. In practice, tests to determine a refugee’s age currently differ from state to state. But discussions were brought to a halt last year when the German Medical Association (BÄK) rejected a proposal by the Health Ministry to introduce mandatory age checks using X-ray on ethical and medical grounds, calling it “an interference in their human welfare.”

Now, in the search for an alternative, German Health Minister Jens Spahn is pumping €1 million euros ($1.1 million) into a study to find out if ultrasound can be used to determine people’s age. A small, portable device, not much larger than a shoebox, has been developed by the Fraunhofer Institute.

“I can understand why doctors are reluctant to use X-rays when determining the age of young migrants,” said Spahn. “But we need to determine age. Because this has a bearing on the asylum process and — when there is doubt — on legal proceedings. That’s why we have to find a way to make this as minimally invasive as possible.”