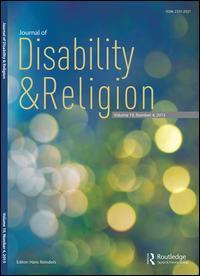 The articles in this issue were originally presented at the interdisciplinary research workshop “Navigating Impasses in Bioethics: End of Life, Disability, and Mental Illness,” held on December 8, 2017, at the Von Hügel Institute for Critical Catholic Inquiry (VHI) at St Edmund’s College, University of Cambridge. This workshop developed from a longstanding research project on contemporary understandings of illness and health and provided a unique setting to bring together different perspectives on the contentious debates on physician-assisted suicide for those suffering with mental health problems and disabilities. The topic is both controversial and timely: euthanasia, under the euphemistic name of Medical Assistance in Dying (MAiD), was legalized in Canada in 2017; the UK Parliament, after rejecting the Assisting Dying Bill in 2015, is currently debating a new proposed bill to enable terminally ill patients to receive assistance in dying; the number of Dutch cases of physician-assisted suicide on the grounds of psychiatric problems is rising slowly but steadily, while several other countries are revising the allocation of their resources dedicated to mental health care, exploring options for advance request and early consent, and extending the criteria for the granting of physician-assisted suicide.

These articles explore both practical and theoretical aspects of the discussion and attempt to reimagine some of the key concepts involved, particularly the definitions of quality of life, dignity, autonomy, agency, consent, and mental capacity. It might come as a surprise that contributors have been drawn intentionally from very different academic fields with the aim of bringing together different aspects of reality but also to find and highlight underlining connections, and look at individual stories from several diverse perspectives—the religious, the legal, the ethical, and the medical. While the promotion and execution of this kind of multidisciplinary dialogue can be challenging, it is precisely this vision that animates the VHI, with its aim to address global contemporary challenges with ever-more-integrated ways of thinking as can be seen in the catholic traditions at their best. In a time when self-referential knowledge and the relentless specialization of academic fields often produces one-sided arguments and seemingly unsurmountable impasses and binary choices, it is essential to cultivate intellectually principled interdisciplinary and joined-up thinking. This approach can enable fresh and insightful conversations, as reflected in these articles, which have much to contribute to the public debate.

The first two articles evaluate the implications of the laws legalizing physician-assisted suicide in the United States and Canada. Elizabeth Schiltz looks at the contradictory effects of the legalization of physician-assisted suicide for people with disabilities while at the same time promoting antidiscrimination laws. Looking at the Americans with Disabilities Act, Schiltz deconstructs the legal jargon to show how much the societal understanding of life with disabilities directly shapes the goals of the law. In a similar way, Thana de Campos considers the Canadian MAiD law with a focus on the ethical issues arising from the potential inclusion of mental health patients. As the current law only applies to competent adults, the issue of consent helps to build a case for a rejection of the conventional link between autonomy and human dignity, in favor of the recognition of an intrinsic value of dignity in all humans.

The next articles broaden this discussion and bring in personal accounts and stories of disability in a compelling way. Patrick McKearney shares his experience as a carer at L’Arche, a religious community in which people with and without cognitive disabilities live together, and takes us on a journey to experience the significance of taking responsibility for someone else’s life. From examples of asceticism and early Christian martyrs to the context of British care homes, the burning question of “how much power should someone have over their life?” interconnects with modern assumptions about agency and the worth of people with cognitive disabilities. Elizabeth Finstein discusses the data gathered by the Future Care Study run by the End of Life Care Research Group at the University of Cambridge Department of Primary Care and Public Health. This study seeks to understand the preferred choices of those living with progressive neurological diseases and their families when it comes to managing the problems of nutrition and hydration at the end of life. Finstein brings in the resounding voices of patients as well as doctors, who are supposed to follow their patients’ wishes even when they lost the ability to understand the effects of different therapies, or wish to continue with a treatment that is no longer effective. The benefits and challenges of the practice of planning end of life care for people with cognitive disabilities are carefully evaluated in the light of the fragile balance between right to treatment and quality of life. David Jones turns to the difficult subject of suicide and highlights similarities and discrepancies between two stories of suicide committed by disabled people, one unassisted and one assisted. He forcefully argues for more attention to the danger of suicide and to the vulnerable position of ill and disabled people who wish to die and might be eligible for euthanasia in a different country. While different legal systems have the power to assist, encourage, or prevent suicide, greater guidance is needed to address the impact of the media reports of stigmatization or celebration of assisted suicide. Honest and positive accounts of lives lived with disability, which can make a real difference for suicide prevention, are still much to be desired.

The last group of articles expand this already fertile terrain with philosophical and theological reflections on life and death for people with disabilities. Lidia Ripamonti looks at the concept of autonomy in dying and its unsuitability for those living with profound disabilities. The illusion of dying “in control” shapes the vision of a free and purposeful life, but to rediscover the worth of every life we must embrace dependency and challenge mainstream disability models. This perspective can help to unlock a notion of personal value based not on autonomy and self-determination, but rather on relational care and interdependence. Brian Brock reflects on how the current economic context shapes the social position of the disabled in our society. To live with a disability today means to be in a constant position of debt, something that our society fears and condemns. The early Christian formulation of human solidarity directly opposes the modern moral permissibility of ridding society of the disabled: the key question should therefore not be about our stand for or against euthanasia, but instead about what should be expected from a human life. Anthropologies undermining lives with disability are at the heart of the concluding article by David Elliot. Looking at the correlation between euthanasia and disability, Elliot opposes what he defines as “anthropologies of despair” and argues in favor of a hopeful portrayal of disabled life as it affirmed by disability rights organizations and Christian theologies. Theological hope strongly contrasts with the degrading criteria brought in by physician-assisted suicide and euthanasia, and offers a renewed understanding of disabled life through theological themes such as the image of God and the incarnation, the Christian art of dying, and the resurrection of the body.

A final word of thanks should be said not only to the contributors for their expertise, time, and work, but also to the workshop participants and all those who encouraged and supported this project. The event itself was jointly organized with the Terrence J. Murphy Institute for Catholic Thought, Law, and Public Policy, at the University of St. Thomas, Minnesota, with the collaboration of the UNESCO Chair in Bioethics and Human Rights, in Rome. We are especially grateful to the Directors of the Murphy Institute, Professor Elizabeth Schiltz, and Dr William Junker, for generously sponsoring the workshop and for their excellent support and enthusiasm. Finally, we are very grateful to Dr Brian Brock for his keen participation in this project from the start and for welcoming these articles for publication in the Journal of Disability and Religion.