Responding to the Vatican’s Recent Responsum on Hysterectomies 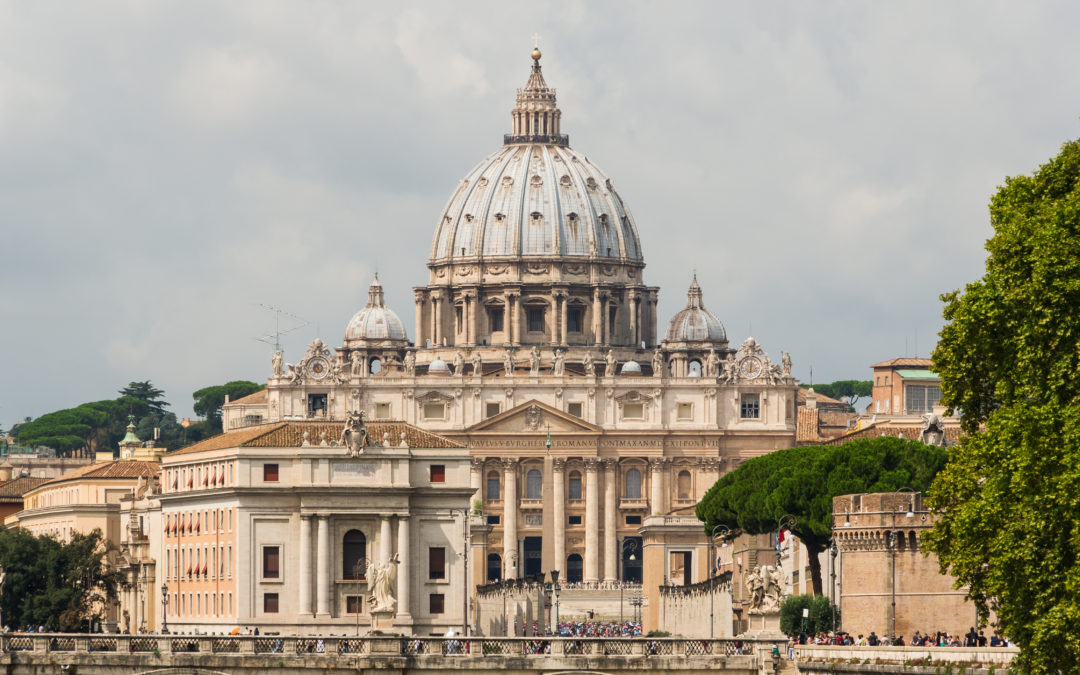 An ob-gyn who has just delivered a new born baby after a caesarian section realizes that his patient’s uterus has been so weakened by the previous five caesarians she has had over the past ten years that he does not think that he can repair the woman’s womb. Instead of attempting to repair the structurally unsound womb that he knows will not be able to sustain a future pregnancy, may the ob-gyn perform a hysterectomy and remove the uterus instead?

The Congregation for the Doctrine of the Faith (CDF) at the Vatican has just published a doctrinal note, called a responsum, addressed to individuals who have wondered if it is morally permissible to remove a woman’s uterus if it is deemed unable to sustain a future pregnancy. The medical concern here is that a future pregnancy would put the mother’s life and the life of her unborn child in great risk because of the structural weakness of the womb. The CDF has replied that such a medical procedure would be morally acceptable because it does not constitute an act of direct sterilization.

To put it another way, according to the CDF, the ob-gyn described above could remove the uterus instead of repairing it. He would not be performing an act of direct sterilization, which would be immoral in itself. Why is direct sterilization immoral? Because it would deprive a person of her ability to procreate, in the same way that an act to blind someone would deprive the individual of his ability to see. Both would be acts of mutilation.

The precise medical diagnoses that prompted this note from the CDF were not specified. Historically, as we described above, the medical concern has been raised by women who have had multiple caesarean sections that have detrimentally weakened the structural integrity of the uterus and are therefore at risk for uterine rupture. Uterine rupture during pregnancy is considered a catastrophic complication that puts the lives of both the mother and her unborn child into immediate jeopardy.

Though I agree with the moral conclusion proffered by the CDF, I find the rationale they provide to support their proposal to be ambiguous and potentially confusing for two reasons.

First, in the classical account of human acts, an act is defined by its object. In its Responsum, the CDF proposes that object of the act of procreation “is to bring a baby into the world.” This is inaccurate. The object of the act of procreation is the generation of an individual of the same specific kind. This occurs when the sexual gametes fuse during conception. Thus, we say – correctly – that a couple who has conceived a child but who have suffered a miscarriage have already procreated even if they have not brought a baby into the world. We all agree that they are already parents.

The uterus is an organ ordered not towards procreation but to gestation, which is the act of nourishing and protecting an immature human being until he is able to survive outside the uterine environment. However, a hysterectomy can still be anti-procreative, not because it prevents an immature human being from being brought to term, but because it can prevent conception from happening in the first place.

Furthermore, we are dealing with a defective organ whose continued existence in the woman’s body, because it is defective and unable to attain its proper end, could place the life of the woman in grave jeopardy in the future. As such, I believe that its surgical removal can be justified by the principle of totality.

Recall that the principle of totality, as it was articulated by St. Thomas Aquinas, justifies the removal of a part of the body if it is decayed and therefore a source of corruption to the whole organism (cf. Summa theologiae II-II.65.1). Over the centuries, Catholic moral theologians have appealed to the principle of totality to justify different scenarios that involved the sacrifice of a bodily organ for the sake of the whole human organism

In light of this moral tradition, I propose that removing a structurally unsound uterus, when “medical experts have reached the certainty that an eventual pregnancy will bring about a spontaneous abortion before the fetus is able to arrive at a viable state” is an act that can be morally justifiable by the principle of totality because the continued presence of the now defective organ in the woman’s body places her long-term health and well-being at risk. As such it can be surgically removed.

An analogous scenario obtains with patients with chronic kidney disease. A failing kidney is at grave risk for turning malignant in the future. It would not be unreasonable, therefore, and I think that it is also morally justifiable by the principle of totality, for surgeons to remove a failed kidney even if it is not yet cancerous. Notice that in this case the removal of the failed kidney is not an act to prevent cancer. The patient may never have gotten cancer. It is an act to remove a non-functioning, defective organ whose ongoing presence in the patient is a risk to his long term well-being and health.

Next, though the act of removing the structurally unsound uterus is in itself an act that sterilizes the woman because it would prevent any future conceptions occurring after the conjugal act, this surgical procedure can still be justified by the principle of double effect. Here, the sterilization is a foreseen but unintended consequence of a surgical act whose object is to remove a defective organ whose continued presence in the woman’s body places her health and long-term well-being at risk.

Finally, in light of my moral analysis, I do not think that one can justify tubal ligations in this medical context. Here, the surgical procedure is done to ensure that conception does not take place. It is a direct act of sterilization. It is not an act to remove a defective organ whose continued presence endangers the long-term health of the woman.