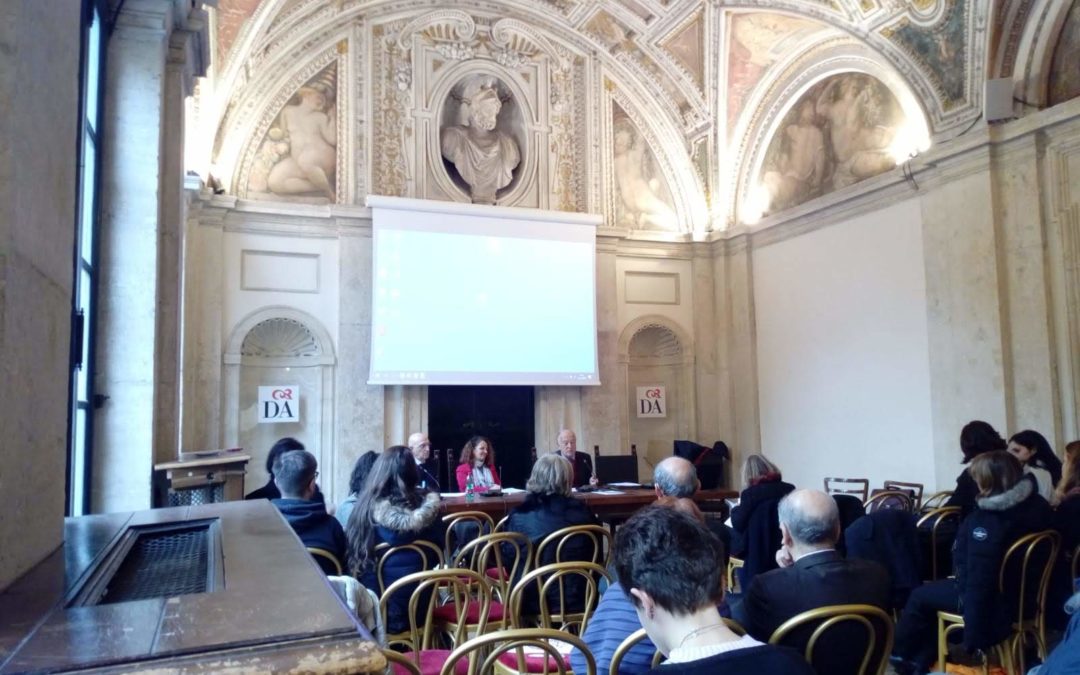 On Friday, December 14, Santiago Marcet, a collaborator of UNESCO Chair in Bioethics and Human Rights participated in the CONIUS Day on the initiative of the CONIUS Commission, with the organization of the Sapienza University’s Center for Eurosapienza and the UNESCO Chair “Population, Migrations and Development” as a continuation of the Symposium held in Florence last November.

Enrico Vicenti, secretary general of the Italian National Commission of UNESCO opened the conference recalling the role and activities of the CNIU (Italian National Commission for UNESCO), as well as the genesis of the three Commissions in which the program of Italian Unesco Chairs was articulated in the last two years. He highlighted how the work of this Day is part of the celebrations of the 70th anniversary of the Universal Declaration of Human Rights, perhaps too much neglected by the media and public opinion.

Professor Alessandra De Rose, Chairolder of the UNESCO Chair in Population, Migraztion and Development, continued recalling the anniversary of the 10th anniversary of the establishment of the Chair, the programs carried out to date and the planning guidelines for the near future. Professor Catherine Wihtol de Wenden, has therefore carried out her “lectio magistralis” on the theme of “Human Rights and Sustainable Development” illustrating in detail the contents and characteristics of her important “Atlas des Droits de l’homme “just published in France by the publisher” Autrement.”

Those present then listened to the first of the reports of the Working Committees of the Italian Unesco Chairs. Professor Paolo Orefice continued explaining in detail the works of the recent Symposium in Florence, which is currently underway for the e-book and whose program has been widely disseminated among scholars and researchers of the Unesco Chairs system.

Dr. Martina Alemanno, who came to replace Enrico Giovanni from ASVIS, made a very interesting explanation about her agenda of goals set for 2030, and the various projects in which they are participating. Of particular interest to our Chair were their collaborations in various United Nations projects on early childhood education, for which they have translated European manuals for trainers. They have also developed a short sustainability training course.

Most of the speeches focused on the importance of the Statement, its implementation in the various universities or institutions, and its importance as a reflection of the communicative effort of the various Chairs. Which, according to Prof. Paolo Ceccarelli, need to have more visibility and notoriety within the general scope of UNESCO, as well as a more direct communication with the core structure of the organization (as are other chairs in other parts of the world).