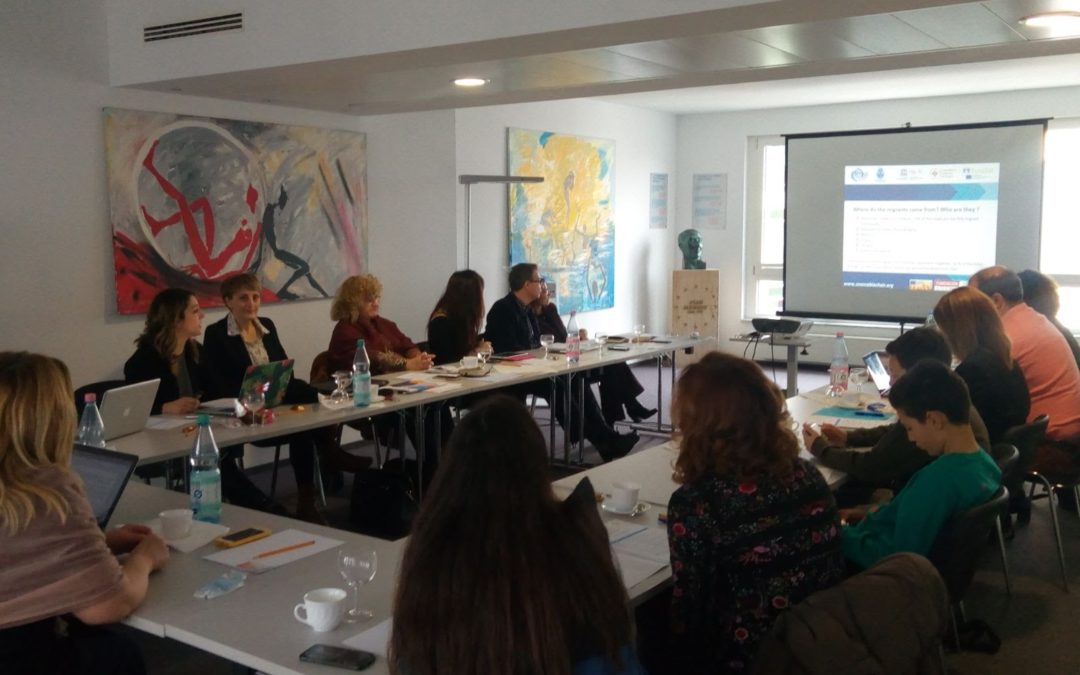 On Monday February 19th, the UNESCO Chair in Bioethics and Human Rights collaborators Serena Montefusco and Kevin Ramirez took part in the event host by BIDA e. V. Kultur and Bildunng, at the Jean Monnet Centre of Excellence in Berlin.  As part of the eight partners of European Citizens for Solidarity (EUROSOL) project, co-funded by the Europe for Citizens programme of the European Union, BIDA e. V. Kultur and Bildunng gathered different experts in the field of the migrant’s influence in the EU labour market.

The first session opened with the presentation of the Fundación Altius Francisco de Vitoria on the main aspects, aims and prospects of EUROSOL project by the European Director Clara Úbeda Saelices. The event moved on to Javier Jimenez opening the round table introducing the migrant’s influence at the EU labour market in Spain. He pointed out that there is a great number of Romanian migrants due to the similar language and that they are mostly employed in the service sector. The discussions moved on to the presentation of the VHS Hildburghausen, an organization that provides education for adults aiming at improving social inclusion and job solutions. Finally, the representative of the UNESCO Chair, Serena Montefusco had the chance to be part of the round table analysing the migrant’s influence at the EU labour market form the Italian perspective. 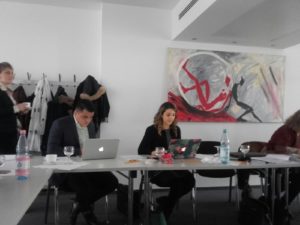 Serena Montefusco started giving information how institutions are dealing with the great number of migrants arriving in Italy. At the European level, she saw that soft low and funding activities have been implemented to improve the labour market and integration of migrants. For example, in 2016, thanks to the Action Plan on the Integration of the Third Country Nationals and the New Skills Agenda for Europe, it was possible to implement new tools aiming at helping integrate newcomers and local stakeholders assess their qualifications and skills. Moreover, Europe is offering significant funding for labour market integration. Yet, these funds are granted by each Member State and reach cities indirectly. At National level, institutions are responsible for labour law, social security, and active employment policies. Even though decentralized member states, such as Italy, face a formal devolution of responsibilities, the national government sets out an integration plan, objectives, and managing public employment services.

According to the latest report of the International Organization for Migration (IOM), most migrants, male and female, are employed in low-skilled occupation such as the service sector, agricultural, construction, cleaning, and catering. Their positions have a great impact on the pensions system and in raising the birth rate. It is important not to forget that migrants and refugees cannot be treated as a panacea to address population trends. These can be considered negative aspects of the labour market in Italy since most of the time newcomers are high skilled and not well integrated. Another negative aspect pointed out by Serena, is that migrants are exploited in the countryside during the harvest of tomatoes in the South of Italy. More specifically, she presented the project Io Ci Sto Camp organized by the Diocese of Manfredonia and the Scalabrinian Missionaries. This Camp is an opportunity for service, meeting and sharing between volunteers, migrants and the local community in the province of Foggia. The Camp promotes the autonomy, integration and commitment of migrants in the Italian territory, opposing injustices and breaking down prejudices, accompanying volunteers in a training course in migration, alongside the local Church and civil society to promote the meeting and integration between migrants and the community.

In the second round table, representatives of Bulgaria, Poland, Lithuania, and Cyprus shared their experience in the field pointing out the different issues that their country is facing regarding the flow of migrants. In Bulgaria, due to the different political language it is challenging to address the issue properly. In Poland, the government is against the acceptance of refugees which makes even more difficult discussion and dialogue among the population. In Lithuania, the migration flow is different from the Italian and Cyprus one: most of migrants arriving in Lithuania are from the nearest countries and the acceptance is at a good level. Finally, Cyprus is facing a similar situation as Italy meaning that most refugees and migrants that arrive are Syrian and African who see these two countries as their first aid to move up to the north countries to have a better life, jobs, and education.

One of the Chair’s chief areas of interest since 2009 has been Bioethics, Multiculturalism and Religion. The Chair is thus deeply concerned with promoting and protecting the common human rights of all of all peoples. Migration is a complex phenomenon that affects individuals of all creeds and cultures. Thus, the Chair’s experience in fostering the art of convergence and cooperation in global ethics enables her to join diverse groups of individuals committed to creating more just and welcoming societies.