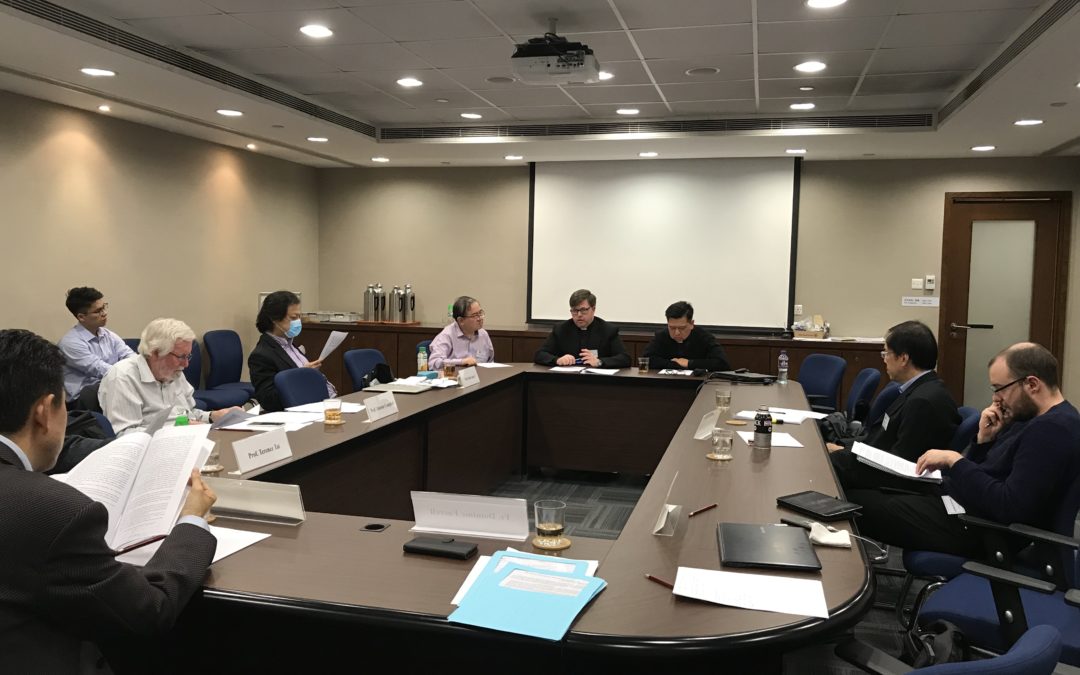 Two professors from the Pontifical Athenaeum Regina Apostolorum, Dominic Farrell LC (Faculty of Philosophy) and Joseph Tham LC (Faculty of Bioethics), took part in an International Workshop on Public Reason and Bioethics at Chinese University of Hong Kong (4-5 January 2018). The workshop was organised by the Department of Philosophy and Centre Bioethics of CUHK, and supported by a GRF grant.

The concept of public reason has come to the fore of political philosophy since the 1990’s, largely due to John Rawls influential writings. In increasingly pluralist societies, it is necessary to find reasons which all members of the public can endorse when it comes to important political decisions, including those on bioethical matters.

Prof. Alastair Campbell (Visiting Professor in Medical Ethics and Emeritus Director of the Centre for Biomedical Ethics, National University of Singapore) provided an introductory explanation of how bioethics has come to have some need for the concept of public reason.

The central part of the workshop consisted of the presentation and discussion of three rival versions of public reason, and each one’s bearing on bioethical issues.

Prof. Ruiping Fan (Chair Professor, Department of Public Policy, City University of Hong Kong) assessed the proposals, made by several scholars, of a Confucian conception of public reason. He argued that the only viable Confucian conception of public reason is a reconstructionist one, that is, one which draws exclusively on the Confucian tradition’s own internal resources. He also considered how Confucianism would address the issue of physician-assisted suicide.

Prof. Dominic Farrell and Prof. Joseph Tham argued that the natural law tradition provides a sophisticated account of public reason. By conceiving public reason as a shared truth-directed enquiry regarding the common good of political society, it does not bracket but acknowledges the second-order issues which legislation on bioethical issues must inevitably address. Political liberalism, by bracketing these issues, runs the risk of making arbitrary legislative decisions on important bioethical issues. Furthermore, the natural law tradition’s philosophy of law provides reasons for restricting the scope of legislation on such issues.

Dr. Michael Campbell (Researcher, Centre for Ethics as Study in Human Value, Department of Philosophy, University of Pardubice, Czech Republic) provided a critical assessment of the concept of public reason, recognising the need for it, but also pointing to the problems surrounding it.

Due to the friendly and reasoned exchange of views, the workshop was, much to the credit of CUHK, a miniature exercise of public reason in bioethics.