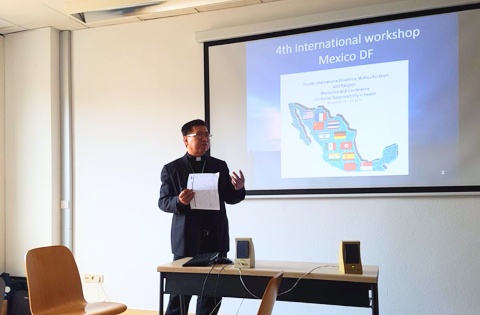 UNESCO Chair Fellow Joseph Tham presented a paper at the European Association of Centres of Medical Ethics (EACME) annual conference in Barcelona, Spain on September 7. An abstract of his talk, based upon the experience of the Fourth International Bioethics, Multiculturalism and Religion Conference in Mexico City, can be read below.

Tham’s presentation can be viewed here

This is a report of a workshop of bioethics scholars from six different religions that took place in Mexico City in 2014. The topic for this encounter was to analyze Article 14 of the UNESCO Declaration on Bioethics and Human Rights concerning “Social Responsibility and Health.” This was part of an ongoing project of interreligious dialogue of the project of Bioethics, Multiculturalism and Religion of the UNESCO Chair in Bioethics and Human Rights. Speakers were assigned to write main papers from the perspectives of Buddhism, Christianity, Confucianism, Hinduism, Islam and Judaism, along with responses, one within the same faith tradition and the other from a different one. Each of the contributors were asked to explore Art.14§1 and §2a of the Declaration, focusing on the issues of justice, access and social responsibility in healthcare, according to the different aforementioned religious perspectives. Furthermore, they were asked to delineate how religion has contributed in improving the health of the society. 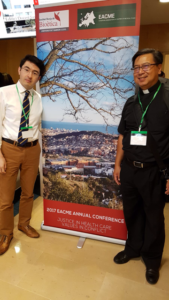 In this encounter, we saw how the principle of social responsibility is understood according to different religious traditions: Judaism conceives it as universal equality; Islam as duty to God; Christianity as neighborly love; Confucianism as duty towards the family; Hinduism as a right balance of different duties; and Buddhism as active compassion.  The report will also cover the areas of convergence, differences and challenges faced by these religions and cultures. They regard the relationship between state and religion in an ever secularized world; the relationship between health and salvation; the question of egalitarian distribution; and the relation between responsibility and rights.