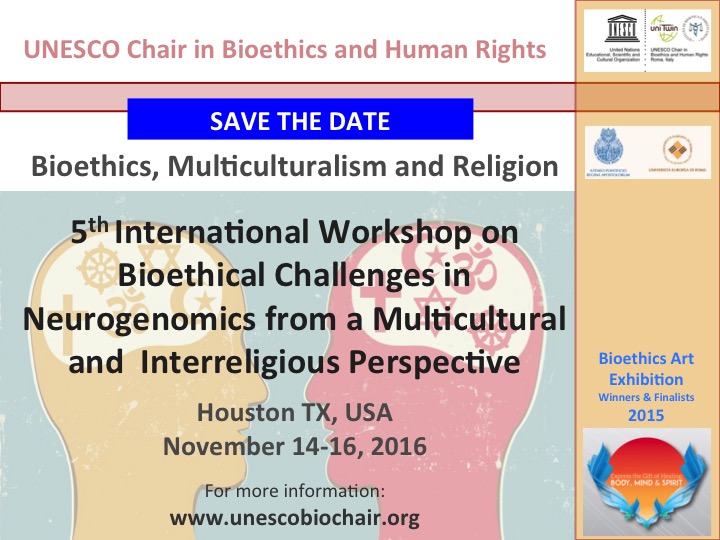 During the days of the workshop and conference events, the UNESCO Chair in Bioethics and Human Rights will have an art exhibition of the winning artworks of our Bioethics Art Competition from 2011 (1st edition) and 2013 (2nd edition). We´ll also exhibit the winners of the 2015 (3rd edition) competition that began in February 2015 inviting participating artists to “express the gift of healing: body, mind and spirit”.

These 2011 and 2013 art exhibits were very successfully showed in several art venues and institutions: in the United States (at the UN Headquaters in New York and in Houston, Texas), in Rome, Hong Kong and Mexico City. These art exhibits  are a related cultural activity and a medium to illustrate universal values related to bioethics in the light of human rights. The mission of this competition as well as the themes and pictures of these works of art can be found at: www.bioethicsart.org.