Hong Kong Religious Symposium: The Meaning of Social Responsibility in a Free Society 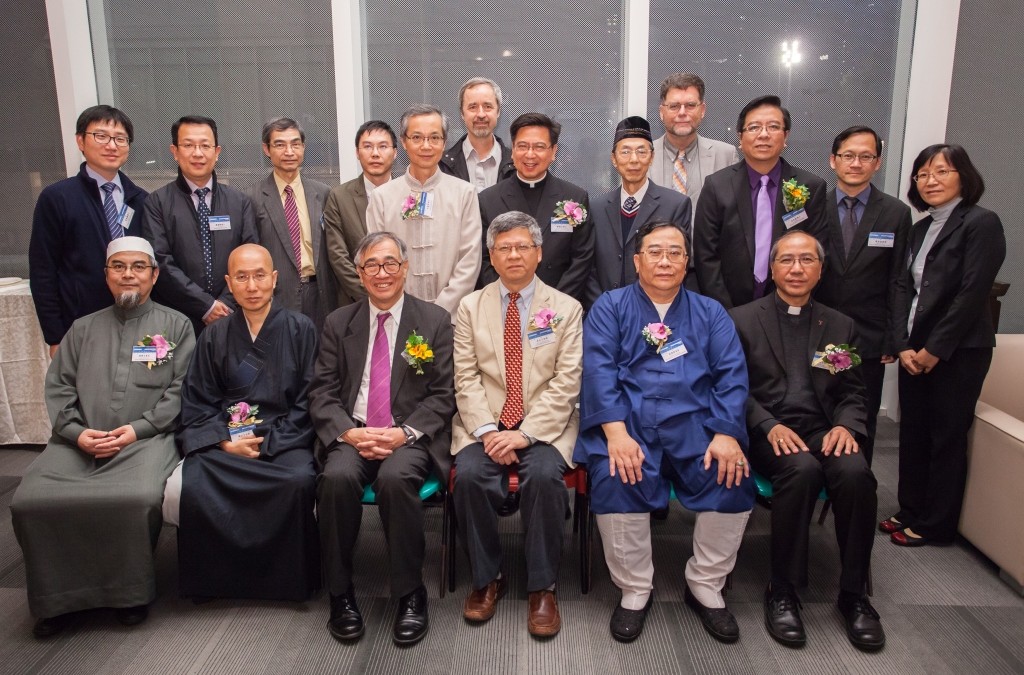 More than 350 attendees gathered at the Hong Kong Baptist University (HKBU) for the “The Meaning of Social Responsibility in a Free Society” public symposium on 27 March 2015 that featured the participation of religious leaders from Buddhism, Catholicism, Islam, Protestantism and Taoism. The event was jointly organised by the Department of Religion and Philosophy and the Centre for Sino-Christian Studies of HKBU, the UNESCO Chair in Bioethics and Human Rights, Regina Apostolorum University and European University of Rome. Wofoo Social Enterprises sponsored the meeting.

In his address, UNESCO Chair Fellow Fr. Joseph Tham noted that the flood of tragic news pouring from Tunisia, Syria and Pakistan suggest to many a clash of civilizations based upon religious difference.

“Since 9-11, the human family has been facing deep crises in different spheres, but the greatest challenge for the world religions is one of image—is religion a cause of intolerance, inhumanity, and even violence?”

Tham insisted that such a bad image is a challenge to further reflection and positive action.

“In this globalized reality, we can no longer ignore each other.  The UNESCO Chair in Bioethics and Human Rights believe that there is a deeper connection between all human beings and their surroundings. In spite of the differences in our religious traditions and beliefs, there is an underlying common human nature endowed with rights and dignity,” he added.

The event was led by Professor Douglas Robinson, Dean of Arts at the HKBU, Father Joseph Tham, Dean of Bioethics of the Pontificio Ateneo Regina Apostolorum in Rome and Fellow of the UNESCO Chair in Bioethics and Human Rights, and Dr Joseph Lee, Chairman of Wofoo Social Enterprises.

“In a world marked by religious strife, we can show that mutual understanding, respect and even cooperation is possible. Every authentic religion and their adherents have a similar concern for the needs of those in need and seek to respond to those individual and societal needs by service. Religions have the great potential to aspire and transform us so that we can work for the greater good,” continued Tham.

The speakers focused on the influence of their respective faiths on the approach to pressing social concerns and the need to collaborate across denominational lines in concrete actions for the benefit of Hong Kong’s society. The symposium was the final instalment in a series of activities that the HKBU organized for the Month of World Religions.

“As the saying goes, it is better to light a candle than to curse the darkness. Our meeting here is only a small light in the midst of great challenges. I hope and pray that here today will be inspired to light their own candle and spread it to others,” Tham concluded.

List of speakers: (in alphabetical order of first name)

Executive Officer of the Department of Religion and Philosophy, Hong Kong Baptist University 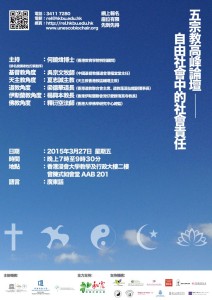