A Picture meant for history books, not headlines 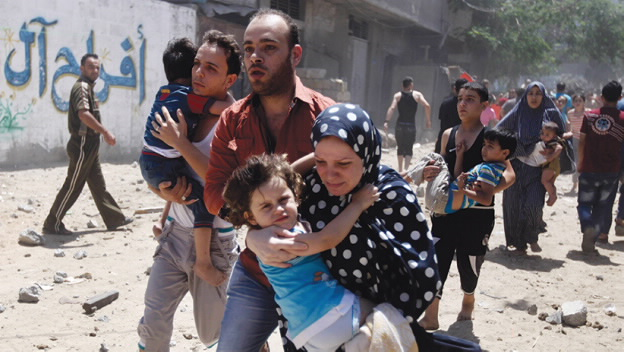 Families fleeing their homes, leaving their city behind forever, carrying on their backs the little they can cling to, with innocent little faces trailing them with tears dripping onto the desert sand beneath them…

Imagine that picture…spare a moment to try and sense the pain, the loss, and the trauma in need of healing that will lie ahead. You have probably seen the like in a history book, where you were taught about a past injustice and moved by the suffering faces you saw. You might have wondered how anything like that could happen, and you might have felt assured that it couldn’t happen again in our modern and progressive times. But the picture you are imagining now describes a reality that is current, happening today, and the pain is being felt by our brothers and sisters in their lives, in their hearts, and in their families.

The situation of persecuted religious groups in parts of the world is real, and has intensified. People are being pressured to renounce their religion against their true desire, or to face heavy tax penalties and societal discrimination that would incessantly burden if not cripple their families. If they refuse to submit to either, they are threatened with death. Most have chosen another option, that of fleeing their hometowns where they are no longer welcome. This reality is dramatic, extreme, tragic, and begging for compassion. The children are the most heart-wrenching victims of these crimes.

The health of these displaced people is more than at risk: it has already been damaged. The psychological effects of being forced to leave their homes are serious. The education of the children that have been displaced is a task that is on hold because mere survival must take precedence. The nutrition and basic health care of the individuals in these families is likely a daily concern.

These things are occurring in a land that may be distant from some of us, but our hearts cannot remain at a distance. Let us allow our hearts to cry for them. Our voices long to shout out to them and to tell them that they are loved, that they are a witness to the world, and that they must cling to hope even more firmly than they cling to the satchels they carry. Faith…it is the real treasure you possess. Love…it is the sword that will triumph over hate.

The world is full of differences. The globe is made up of much diversity. Different races, different creeds, different foods, different leisure, different ecologies, different political systems, and different stories to be told. Yet humanity is tied together on a level that is deeper our differences. A young boy can hold the door and bow to an old lady whose language he does not know, and acknowledge the common humanity between them.

The UNESCO Chair in Bioethics and Human Rights is actively creating forums of dialogue for diverse religious thought leaders. The 4thInternational Workshop on Bioethics, Multiculturalism and Religion will be held in November 2014. Representatives from the world’s many different belief systems will be present to dialogue with their peers from a diverse vantage point. It is possible for different views to converge in peaceful ways. The world becomes more beautiful when we dialogue in mutual respect about our genuine differences. Let us dialogue about our differences, and we will discover what makes us the same. 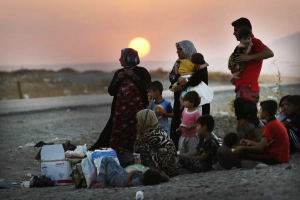