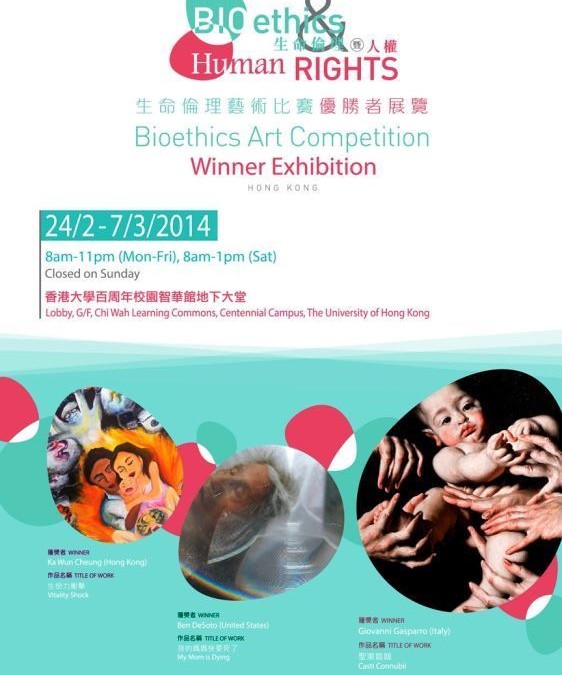 The fifteen winning art pieces of 2013 UNESCO Chair in Bioethics and Human Rights Bioethics Art Completion began another exhibition on February 24, 2014 lasting until March 7, 2014 in the Lobby of the Chi Wah Learning Commons in the Hong Kong University.

The 15 pieces of winning artworks of 2013 selected from three categories including Fine Arts, Photography and Student Art shed a special light on how to behave ethically in the areas of life sciences and biotechnology.  Future exhibitions are slated for New York, Rome, Mexico City and Houston in 2014.

To learn about the art exhibit and other activities of the university, visit the following link: https://www.hku.hk.