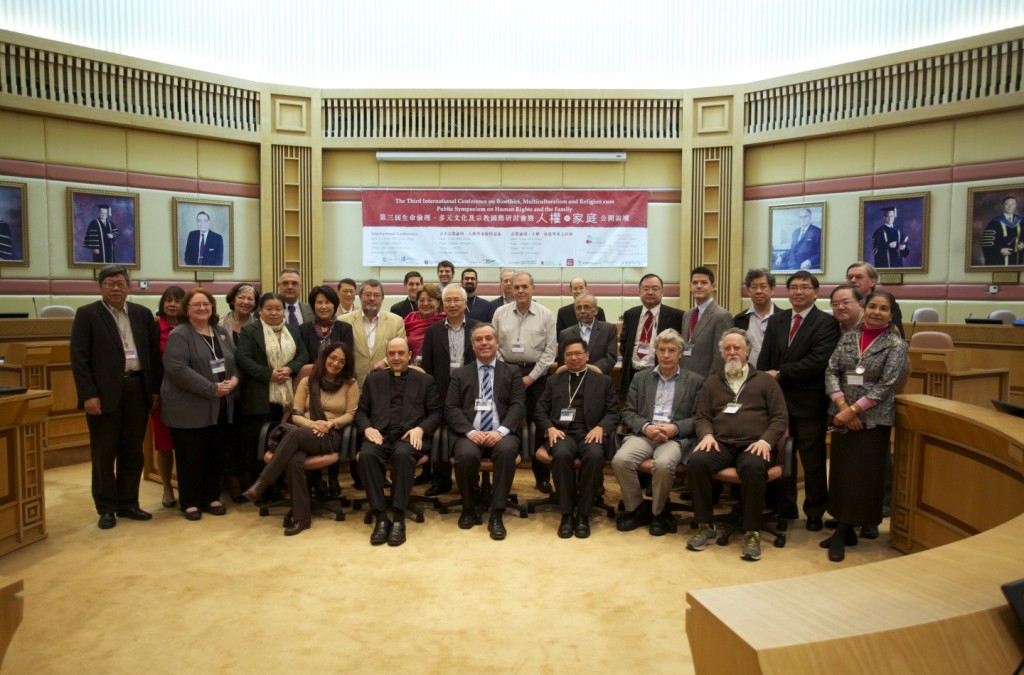 view a video of the event here

Doctors, lawyers, psychologists, philosophers and theologians from 7 religious traditions travelled from 13 different countries to participate in the Third UNESCO Chair in Bioethics and Human Rights International Conference on Bioethics, Multiculturalism and Religion in Hong Kong from December 3-5.

“The conference provided a broad platform for various religious approaches to the issue of human rights and to bioethics in general.  I was also impressed with the scholarship of my colleagues in Hong Kong.” noted Dr. Henk ten Have, Director of the Center for Healthcare Ethics at Duquesne University.

Participants gathered in the Council Chamber of the Hong Kong Baptist University to discuss the relationship between universal human rights and cultural diversity in life sciences, in a city consciously chosen to host the event in light of its long tradition of cultural and religious pluralism.

The effort to discuss human rights in Hong Kong from a pluralistic perspective was a bold attempt to address a widespread concern that human rights talk, far from being the grounds for consensus, is actually a Western liberal imposition that does not respect the communitarian perspective of Eastern cultural and the duty-based perspectives of traditional religions.

“During the 2011 Rome workshop focused on the principle of vulnerability, it soon became clear that with so many different religious traditions, many conceptual problems were unresolved.  The East-West contrast was particularly strong with regard to human rights.  Many participants of the workshop find the human rights language too individualistic.” explained Hong Kong native Fr. Joseph Tham, LC coordinated the event.  He is also professor of Bioethics at Regina Apostolorum University in Rome, Italy and a fellow of the UNESCO Chair.

The various presentations and discussions were based on article 12 of the UNESCO Declaration on Bioethics and Human Rights, which reads as follows: “The importance of cultural diversity and pluralism should be given due regard.  However, such considerations are not to be invoked to infringe upon human dignity, human rights and fundamental freedoms, nor upon the principles set out in this Declaration, nor to limit their scope.”

The sometimes passionate discussions were marked by candor, respect and intellectual rigor.  While attendees honestly confronted the differences among the diverse traditions, special attention was given to the common values that unite the various schools of thought.

“I am grateful to the organizers of this meeting and the preceding meetings in Jerusalem and Rome, where different religious positions can have a discussion and perhaps move closer to a unified rationale for human rights.” stated comparative theologian Dr. Bede Bidlack of St. Anselm College.

The international workshop is a concrete realization of the UNESCO Chair’s mission of “fostering the art of convergence and cooperation in global bioethics” through the creation of an international community of scholars.   More information regarding the Chair’s history, goals, objectives and areas of interest can be found at its official website www.unescobiochair.org.

After a general session on the historic development of global bioethics, the diverse group participated in seven sessions dedicated the understanding of human rights in the traditions of Buddhism, Christianity, Confucianism, Daoism, Hinduism, Islam and Judaism.  A detailed list of the speakers can be read online.

“I learned, with great interest, that different religious traditions actually have an internal and on-going dialogue on the significance of religious teachings and narratives in relation to various concerns emerging in life sciences.” said Rev. Dr. Hans Ucko, former Program Executive in the Office on Interreligious Relations and Dialogue of the World Council of Churches.

Each session sought to promote dialogue among the various experts through a dynamic that included a half-hour presentation on human rights from an expert of the particular religious tradition, two brief prepared responses and an hour-long discussion open to any of the forty attendees.

A collection of the papers presented, revised in light of feedback received during the discussion periods, will be published in book form in 2014.

Shared meals and cultural visits allowed the stimulating discussions began in the Council Chamber to continue off campus grounds.  The collegial atmosphere of the event thus allowed attendees to form friendships across religious and cultural traditions.

During the workshop the participants visited Chi Lin Buddhist Temple and adjacent Rock garden where a Buddhist monk explained to the diverse group the cultural and religious significance of the site.

After the workshop, the attendees were given a guided tour of Hong Kong. After enjoying the renowned Tsim Sha Tsui harbour view, the group visited an exhibit of Chinese painting at the Museum of Art that featuring important works of traditional calligraphy, before taking a ferry across the harbour to the busy Central business district.  There, they walked up the world’s longest outdoor escalator to visit the Catholic Cathedral and the nearby Botanical Garden, before taking the world’s steepest tram to the Peak for a panoramic view of the city.

The Hong Kong conference follows two previous international workshops on “Bioethics, Multiculturalism and Religion” that were held in Jerusalem (2009) and Rome (2011).  The next conference is scheduled to occur November 10-13 2014 in Mexico City and will be hosted by the Anahuac University as part of its 50th anniversary celebrations. 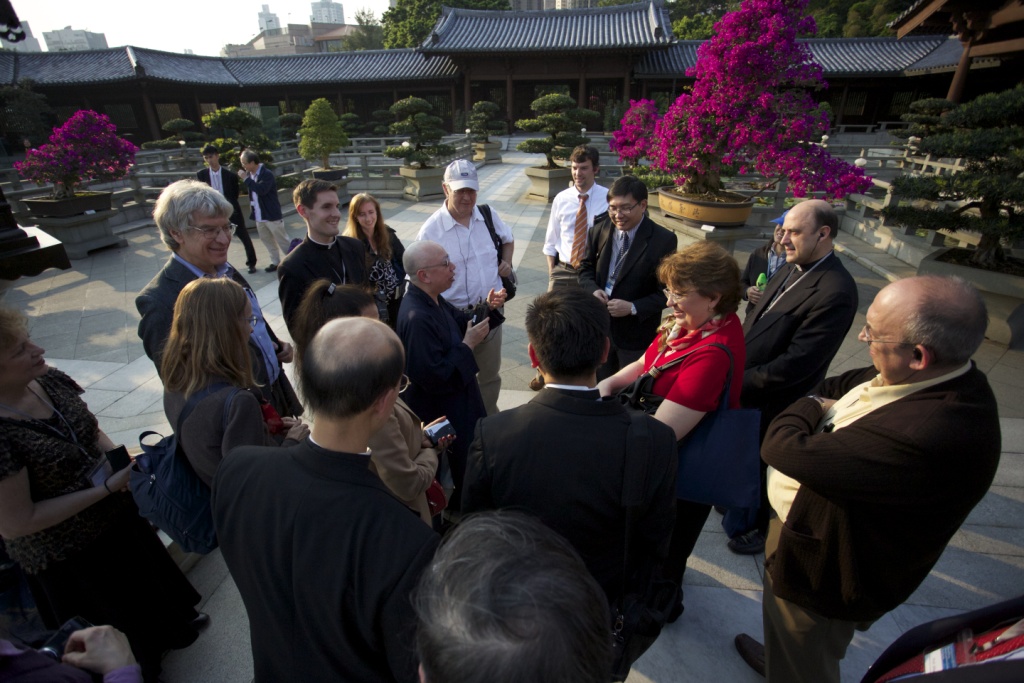