Neurobioethics and the Media 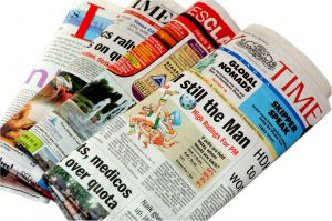 Our 21st Neurobioethics meeting and open seminar on “Neuroethics in the Italian press: how neuroscientific news by professional journalists and scientists reach the public eye” was held on May 13, 2011.

Professional journalist Antonello Cavallotto who works for the INPS press release office in Rome explained how neuroscientific news reaches a vast public today in Italy. Interest in the discoveries and applications of scientific knowledge related to the brain has increased exponentially.

However, professional journalists and neuroscientists have difficulties in explaining their goals . with clarity and honesty in an ethical and satisfactory manner. In addition, a sort of neuro-mania seems to pervade our age. Dr. Cavallotto showed several examples taken from Italian newspapers and magazines where the information provided was imprecise, lacking in necessary citations, misleading and sometimes fraught with ideology or hype.

The problem, according to Cavallotto, lies in the Italian media and communication system in which journalists do not have the necessary freedom required by their profession. They are at times forced to abide to unconvincing editorial politics.

Pensieri stressed the media’s role in creating positive or negative impact on the public. Journalists have grave responsibilities in addressing delicate topics such as end of life issues or conditions causing severe impairments of consciousness (e.g. vegetative state). The journalist is often the only mediator between the facts and the public. This relationship is put at risk when information provided is insufficient, erroneous, ideologically motivated or frankly misleading.

Professional journalist Carlo Climati wrote a summary of the seminar which was published on Avvenire, May 19th 2011.