Official presentation of the UNESCO Chair 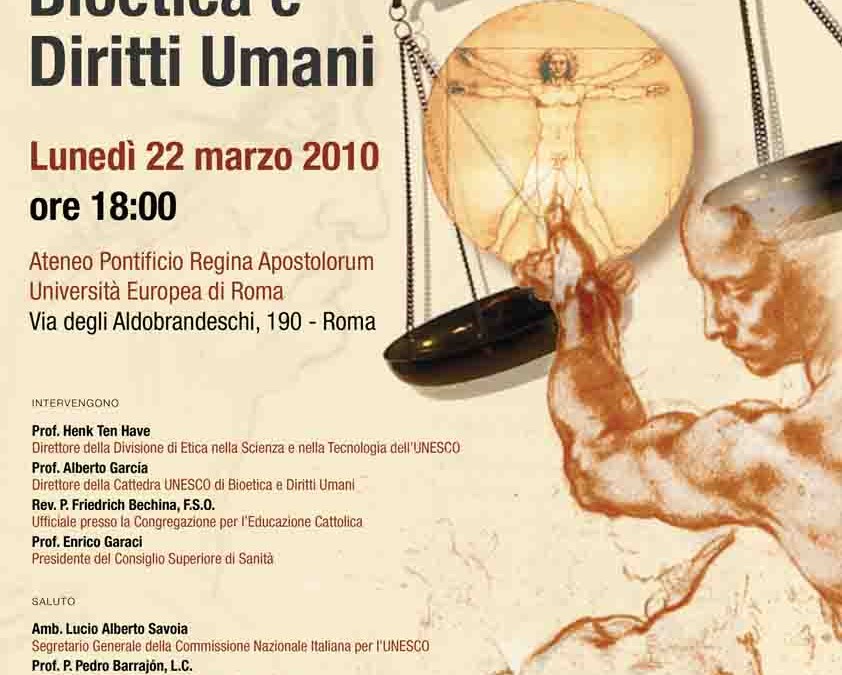 The official presentation of the UNESCO chair in Bioethics and human rights took place on the 22nd of March, 2010. 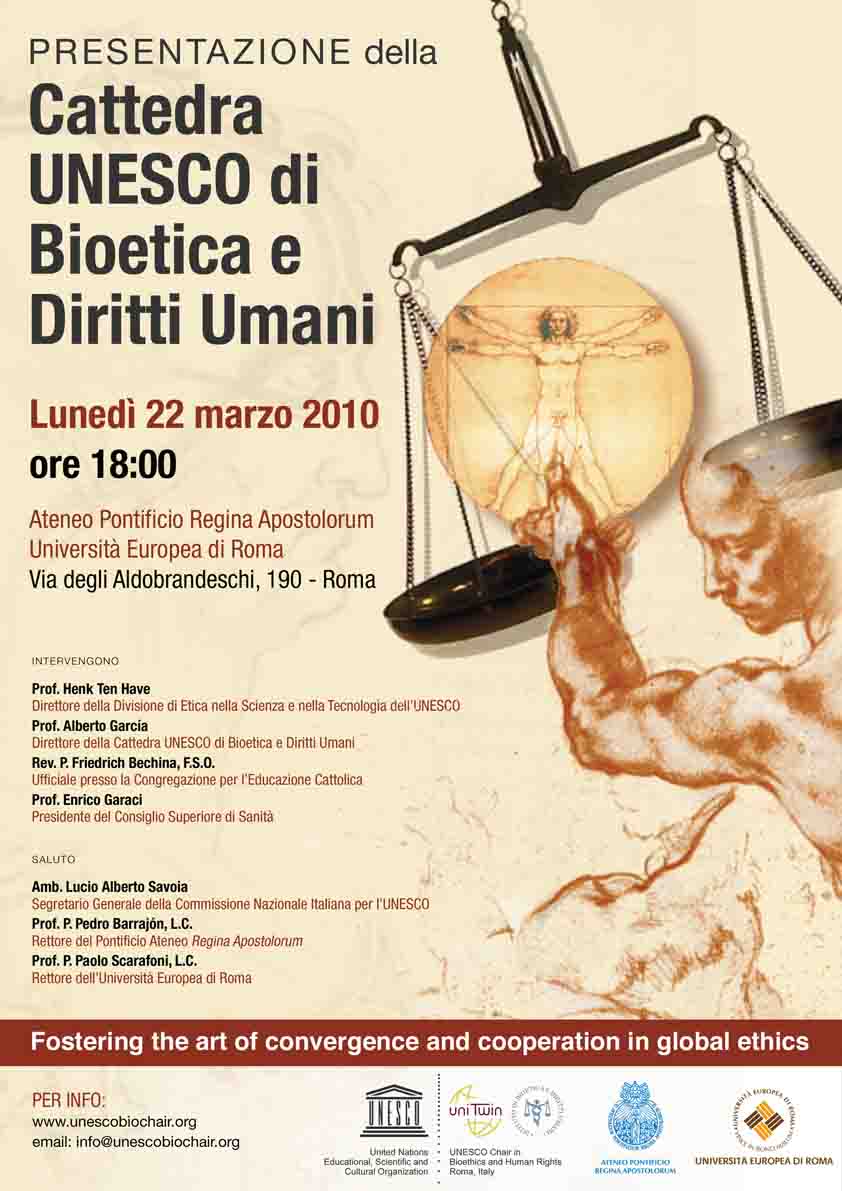 The event was held in the Pontifical athenaeum Regina Apostolorum and hosted the speakers: Henk Ten Have – Director of the Division of Ethics of Science and Technology, Professor Alberto Garcia – Director of the UNESCO Chair in Bioethics and Human Rights, Reverend P. Friedrich Bechina F.S.O. – Official for the Congregation for Catholic Education, and Professor Enrico Garaci – President of the Superior Council of Sanitation.

The chair was created in July of 2009 with the collaboration of Professor Garcia and Professor Ten Have, who in his proposal highlighted the question that in 1954 gave life to the UNESCO, “How do you prevent future wars?” The response was “To begin with values.”  Therefore, to re-discover the central role of education, of culture, and of science, and promoting the art of convergence and co-operation in global bioethics. 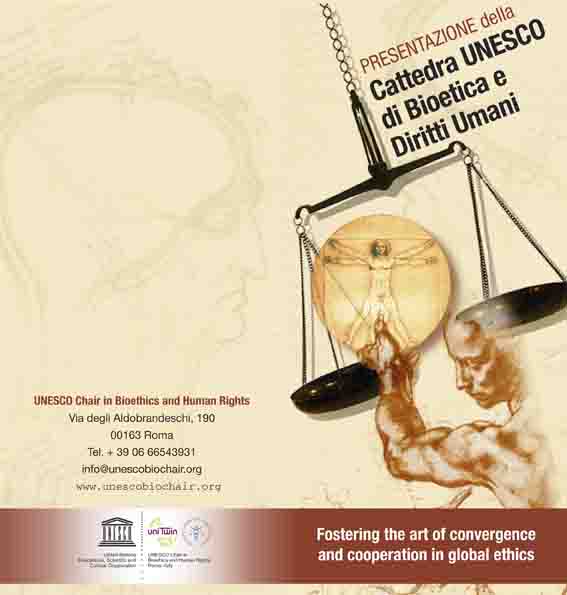 These principals are known, studied, applied, and shared for promoting Global Bioethics and spreading this spirit of co-operation through the nations, and in the end bringing us closer together and becoming citizens of the world. 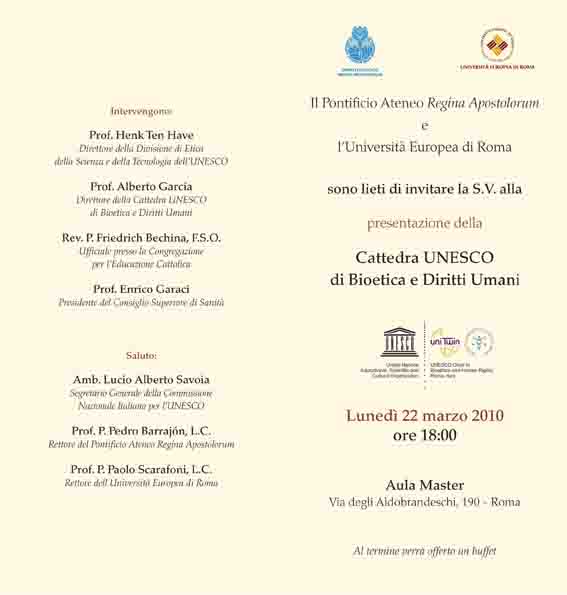 For now the agreement contains the European University of Rome, the Pontifical Athenaeum Regina Apostolorum, (Rome)  and two other partner universities: Universidad Anahuac Norte (Mexico) and Universidade Agostinho Neto (Angola.) However, this agreement is not limited to these universities, on the contrary, we hope that the in the future there many more partners.