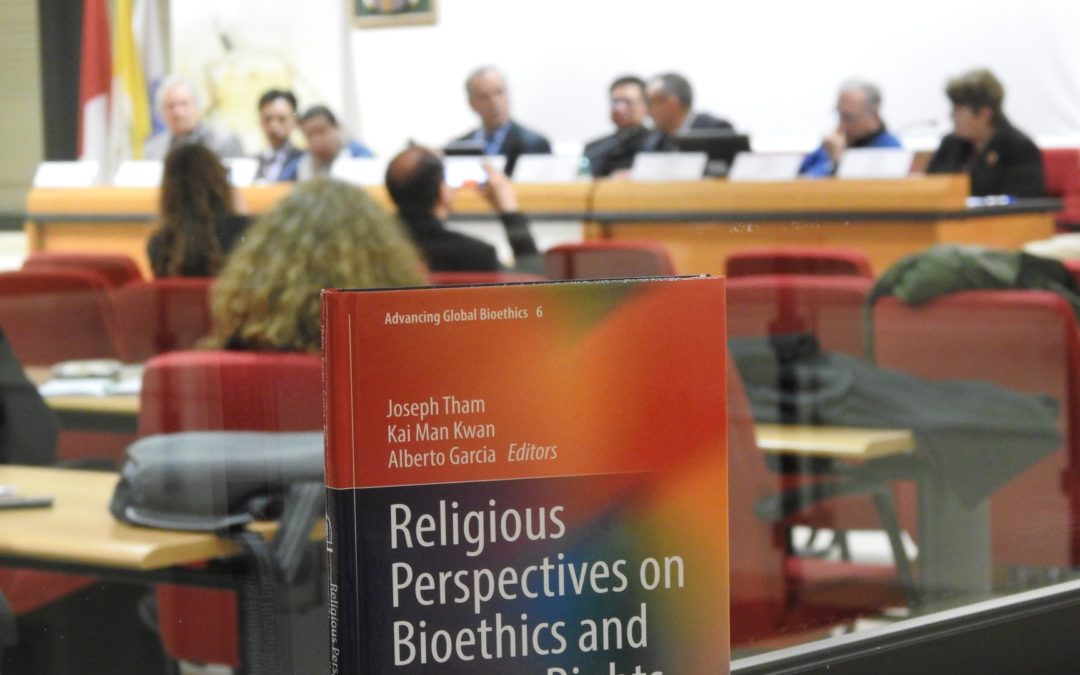 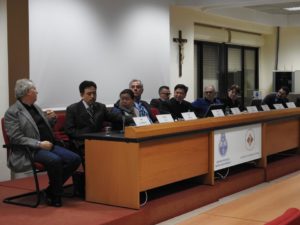 The UNESCO Chair of Human Rights and Bioethics hosted a book presentation of Religious Perspectives on Bioethics and Human Rights (Springer Press) on February 22 at the Pontifical Athenaeum Regina Apostolorum in Rome and the European University, Italy. The work was presented in the context of the sixth bioethics, multiculturalism and religion workshop on informed consent and is based upon research and presentations given at the third such conference in Hong Kong in 2013 on human rights. The book editors included Chair Fellow Joseph Tham and Chair Director Alberto Garcia. Research Scholar, Prof. Mirko Garasic joined Tham in moderating the presentation.

The presentation reunited many authors from the international group of contributors to discuss some of the controversial themes related to their cultural tradition’s understanding of human rights. The discussion began with a possible objection that human rights are an invention of a secular tradition hostile to religion. While the various panel members were clear in distancing themselves from an individualistic understanding of human rights, the scholars expressed the ability to adapt some functional equivalent of human rights in accord with their respective religious tradition. Many of the panelists were wary of the invention of certain rights to promote political agendas. However, there was a desire that properly understood rights discourse could provide common ground for collaboration among members of different religious traditions. 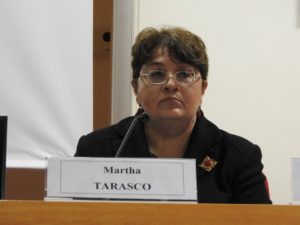 Marta Tarasco of the Anáhuac University in Mexico spoke of the Catholic Church’s general embrace of human rights language after a period of reflection that purified such notions from relativistic conceptions of freedom that would separate liberty from the truth about the good. She also spoke of the importance of founding human rights in the tradition of natural law ethics. 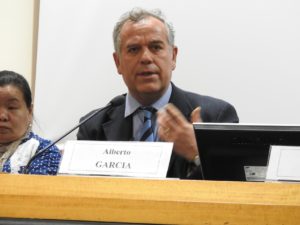 Building upon Tarasco’s reflections, Garcia noted that human rights in the Church is not conceived individualistically, but within the context of a social doctrine that seeks the integral development of all men and the whole man in solidarity with all people. Thus, rights should be related to duties that take into account a just social order. 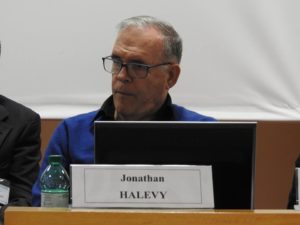 Jonathan Halevy from Shaare Zedek Medical Centre of Jerusalem noted that Jewish tradition emphasizes the sovereignty of God over man, without depriving man of the dignity and responsibilities of free will. Traditional Jewish reflection would see God’s rule over man’s body as a limit to such purported rights as abortion. 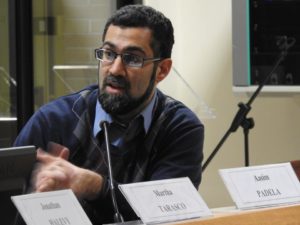 What is the relationship between divine rights and human rights? Aasim Padela from the University of Chicago spoke to the Islamic insistence upon duties rather than mere human liberties. He also highlighted the centrality of the Koran in discussion of man’s duties within the Islamic tradition. Such approach does not exclude authentic agreement and shared conclusions in bioethical discourse with non-Muslim thinkers so long as some Koranic grounds existence for the conclusions reached. 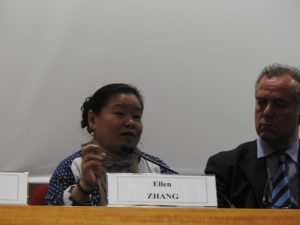 Considering possible western impositions through human rights language, Ellen Zhang of the Hong Kong Baptist University noted that rights are not part of traditional Buddhist reflection. However, while the overly individualist language is foreign to the tradition, she found that the fundamental concept is present in Buddhist thought. There were also some concerns that the recent emphasis of animal rights can challenge the understanding of human rights, with support among some Buddhist theorists. 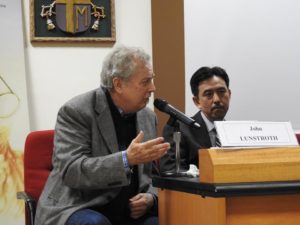 John Lunstroth from the University of Houston addressed the historic development of rights discourse. He insisted that the tradition of the Hindu caste system, while historically rending the recognition of common human dignity difficult, could be interpreted in a manner admissible of equal human dignity. 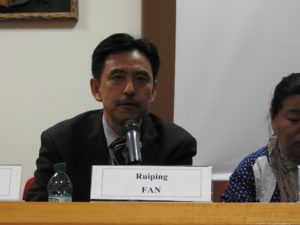 Speaking from a Confucian perspective, Ruiping Fan of the City University of Hong Kong addressed Chinese reservations regarding human rights. He wanted to affirm a minimal concept of human rights without the excesses of certain liberal concepts that multiply unnecessarily the types and numbers of rights.

The book presentation thus gave experts in different religious traditions the opportunity to explain how their respective tradition confronts the challenges it faces in entering the wide-spread human rights discourse in global bioethics. The panel discussion of the book reflected the spirit of the bioethics, multiculturalism and religion workshops in which academics draw upon the resources of various religious wisdom traditions to offer constructive proposals to the bioethical dilemmas shaping contemporary society.