“Ti esti? Approaching the human being through the bioethics perspective” 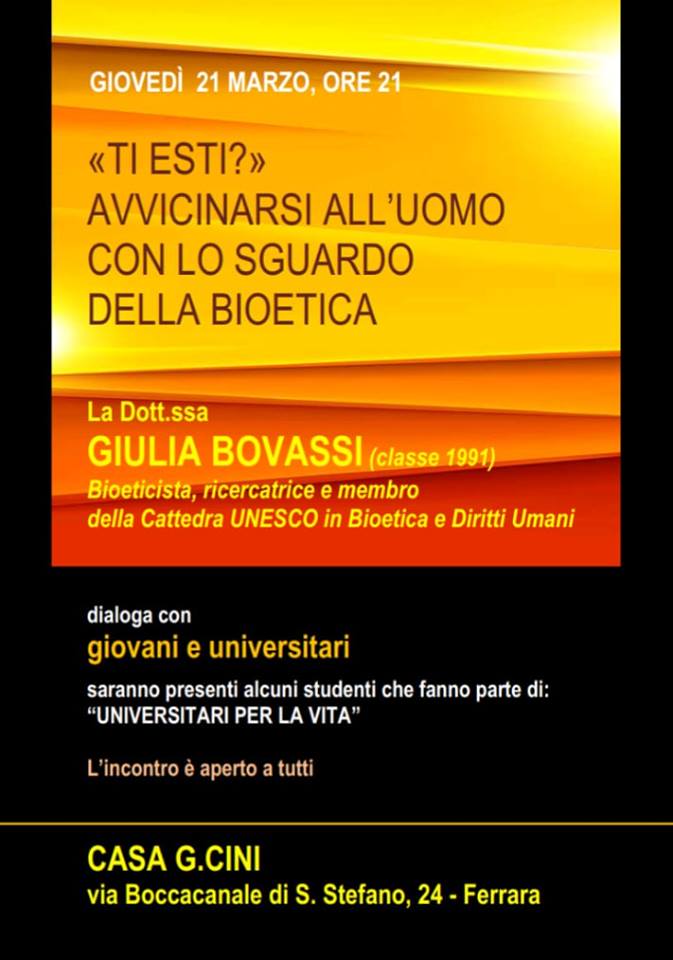 On Thursday 21, Our research scholar, Giulia Bovassi will discuss about “Ti esti? Approaching the human being through the bioethics perspective” at Casa G. Cini in Ferarra.

Why has the study of bioethics become a pivotal part of scholarly contributions to both individuals and the global society? Recently, bioethics has developed through interdisciplinary collaboration, embodied by the gaze on man through man. From birth to death, including the everyday provocations in between and, in some extreme cases, the Post-humanist desire to obtain “Übermensch” and transcend humanity,  the human person remains a critical focal point of contentious ethical questions. Recently, the point of emphasis has shifted to focus on the intertwined relationship between man and technological progress, in particular its decisive influence on the medical profession. These themes are part of a greater circularity that accompanies one’s existence in a culture influenced by the scientific-technological change, where the beginning and the end coincide in respect and protection of dignity, life, and the freedom of the human being. The primordial ambition of bioethics will emerge with self-evidence: survival.