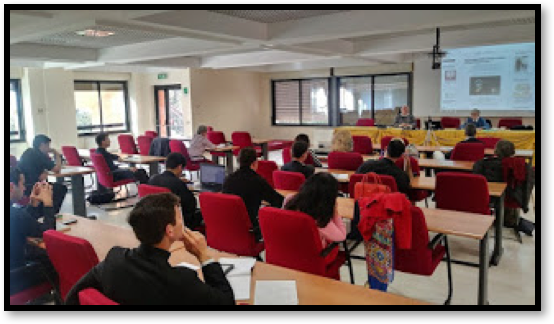 How should theology interpret transhumanism? What can be said about the man’s relation to God, his spiritual striving, and his self-understanding? These are just some of the questions that emerged during the meeting on Friday April 20 during the speeches held by professors Giorgia Salatiello and Sr. Daniela Del Gaudio.

«A spiritual revolution» and a pure «technical» action are among the most highlighted points during latest session of the Masterclass in Neurobioethics, “Neurobioethics and Transhumanism.”, Dr. Sergio Canavero emphasized the possibility of a head transplantation of human beings, a possibility often met with precaution. 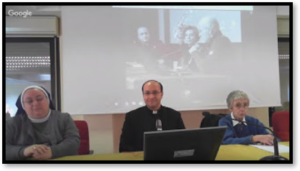 GdN coordinator Fr. Alberto Carrara, discussed how many thinkers disregard a specific vision about human nature and consequently ethical action. He insisted that human acts cannot be isolated from a relationship with freedom, responsibility and dignity, which are decisive elements for every medical action. The doctor should join, assemble, restore the functioning between the living body and the deceased donor’s body. The doctor could, erroneously, glimpse a mere “producing” in what he is doing, reducing the meeting between doctor and patient to an approach between an operator and an object. In the body transplantation case, one’s original vocation is to take care for the other. Every ill person directs his fears and hopes to the other person’s competence, letting the doctor enter his lives in a concrete act of trust, both professional and human. 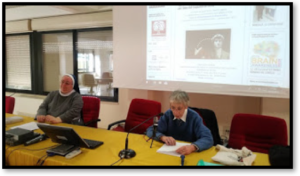 The two interventions, “Theological Anthropology Questions about the Recent Scenarios Raised by Transhumanism” by Prof. Giorgia Salatiello (Pontifical Gregorian University) and “The Creational Destination of Man to Immortality: Identity and Resurrection” by Prof. Sr. Daniela Del Gaudio (Pontifical Urbaniana University), extended the consideration to the central points of the Trans and Posthumanist movement, and theology, in some concepts of common interest (for example immortality, life, meaning of death, of freedom, of corporeality, of the person and the task entrusted to him when God is perceived in his origins), promoting an exchange as constructive as possible. In this sense, during the first intervention some themes, particularly suggested throughout the Masterclass’s opening lectures, re-emerged, confirming the fact that, using Prof. Salatiello’s words, «transhumanism constitutes a major challenge for theological anthropology»: to embrace a vision of the human being as a creature implies that our free action is not arbitrariness (without constraints, bare of foundations); greater dependence on God implies greater freedom because God places the creature free (in the Christian conception freedom is constitutively oriented to the good). The concept of  “person” is a notion that contains in itself the relationship with God, the uniqueness of the individual and, again, the free response to the loving call. 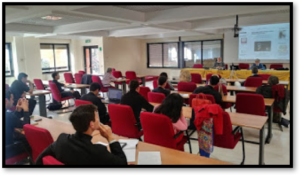 Transhumanist language often indicates a fluid, evolutionary view of the human being, together with the lack of distinction between him and artifacts or between man and animal. The individual (a term more commonly used precisely because it can underline the ontological poverty in the definition of person) is drastically reduced to the dualistic vision of himself.

Sr. Daniela Del Gaudio further analyzed the theological comparison in the light of eschatology, linking the substantiality of the human being as a relational being in his relationship with God and in the human being as integrated whole, whose soul informs the matter and whose identity is substantially shaped by the spiritual element. The body historically characterizes the person in the union through the spiritual trait, which remains when everything else changes. Facing the attempt of some doctrines to dissolve the unity of the human being through the subtraction of the soul, Prof. Del Gaudio spoke of «pneumatic realism», using Pope Benedict XVI’s expression, in response to thorny questions, such as the doubts about the identity of the resurrected bodies, if separated from the soul. 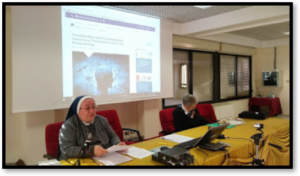 In the resurrection, the soul will reshape the matter in that same form that «virtually preserves in itself», our corporeity will be transfigured and renewed on the model of Christ. The encounter with Christ marks a new life and following of Christ reveals the vocation to immortality, a call to eternal life. The Catholic Church affirms that there is a resurrection: our body preserves its identity in it and the human Ego subsists and survives, despite the dissolution of the body. Through Christ’s victory over death, which becomes a liberation and fulfillment. Here death, suffering, and pain finds new meaning and eternal life perpetuates the call to live with Christ, a communion that makes all other relationships more complete and alive. 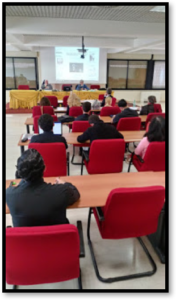 At the conclusion of the round-table seminar, there was a debate on the ideas of the “Letter Placuit Deo to the Bishops of the Catholic Church on Certain Aspects of Christian Salvation” of the Congregation for the Doctrine of the Faith, in which explicit reference is made to two tendencies now widely spread, or from which certain school of thought seem to draw inspiration: neo-Pelagianism and neo-Gnosticism. The first consists in man’s effort to achieve salvation by himself, observable in the way he uses (or becomes a servant of) the technique, then robotics, technologies, etc; the second seeks a subjective salvation through the liberation from the body. Transhumanism contains tendencies toward both of these two approaches, «two temptations of the human being».

The question emerges: «Can the man who can dispose of everything also dispose of himself as he pleases?». This is an urgent question that must be answered to protect the fundamental rights of man so that he will be guarded, not dominated, by his neighbors and his works.