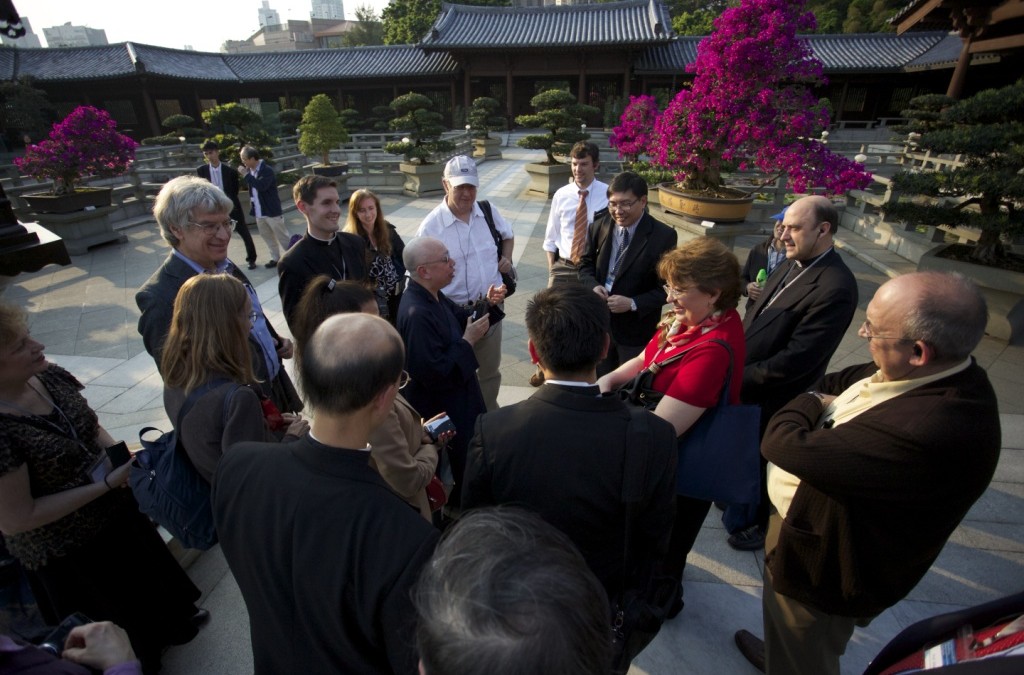 “Through the universal language of art, our competition reaches not only those who study bioethics in the classroom, but all people,” announced UNESCO Chair Director Alberto Garcia. The 15 winning art pieces of the international competition were exhibited during the UNESCO Chair Bioethics, Multiculturalism and Religion Conference at Hong Kong Baptist University, before moving to the Harbour City Gallery.

The exhibition will be open to the public in the New York United Nations Headquarters, Rome, Houston and Mexico City in 2014.

In 2012, artists were invited to “create an image, with respect for all cultures and religions that speaks to the impact of life sciences for present and future generations.”  In short, participants were given creative liberty to visually “illustrate love, compassion and care” in accord with articles 12 and 18 of the Universal Declaration of Bioethics and Human Rights.


The competition was divided into the categories of Fine Arts, Photography, and Student Art (ages 13-17), with a Best of Show and four other winning pieces for each category.  Artists from 17 different countries submitted work to an international panel of 10 judges.

According to Article 12, “The importance of cultural diversity and pluralism should be given due regard. However, such considerations are not to be invoked to infringe upon human dignity, human rights and fundamental freedoms, nor upon the principles set out in this Declaration, nor to limit their scope.”

In 2011, the   First Bioethics Art Competition Exhibit was unveiled in the UN Headquarters in New York City.  The competition received 225 submissions from 23 countries by 132 artists reflecting upon the need to “Respect Human Vulnerability, Personal Integrity, Cultural Diversity and Pluralism.”

“I thought that a competition focused on bioethics could be an activity that would appeal to many artists. The challenge was to gather interested individuals, then to create a vision and a statement to inspire artists to reach into their own hearts. From the heart of the artist would spring the images that would move and touch others, viewers of their creations. This could be the way to link bioethics to art.” said Denbina.

Denbina is already working with her international staff to prepare the Third Bioethics Art Competition and expects to incorporate an even wider range of artist medium, including film.